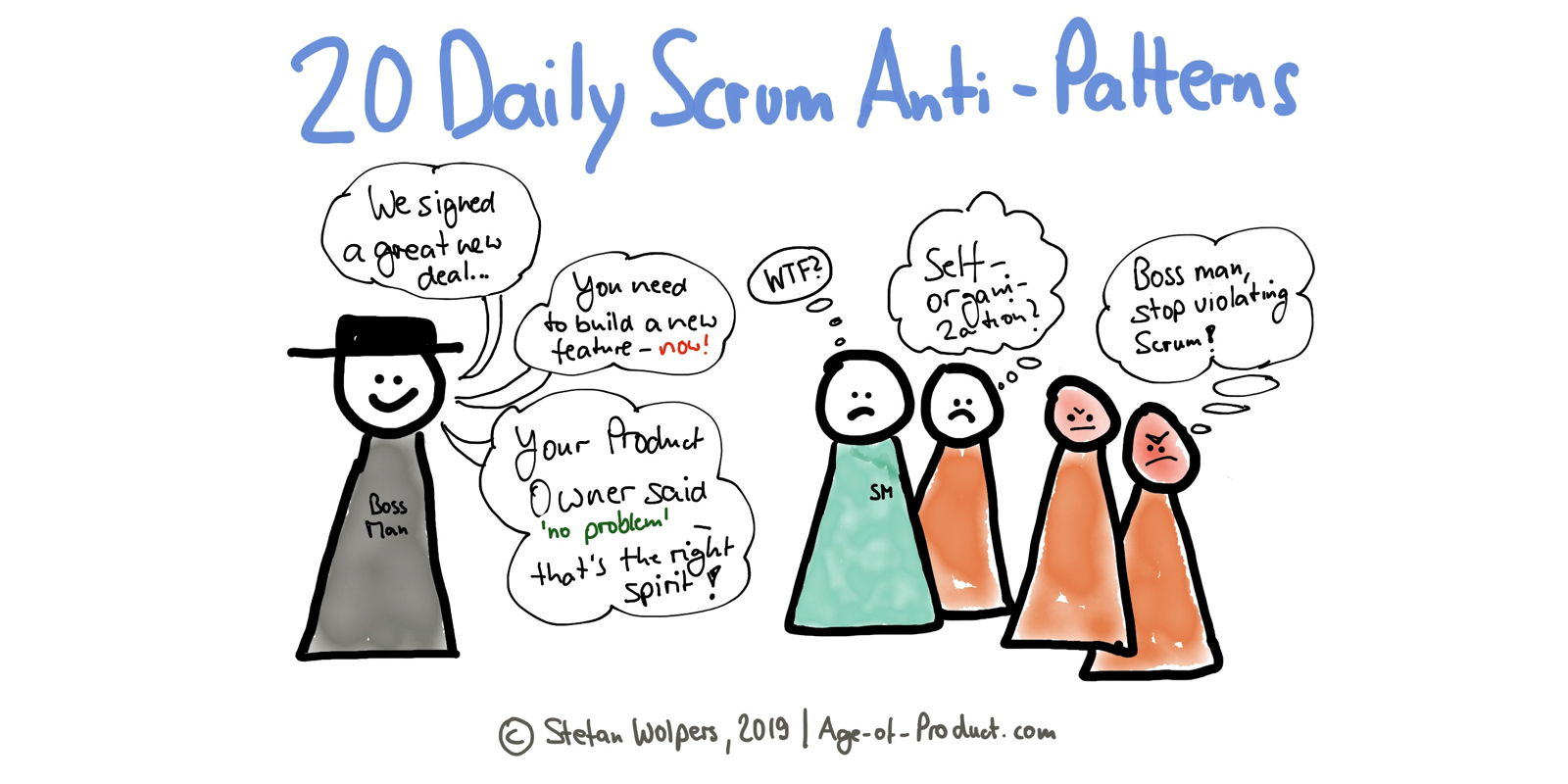 The Purpose of the Daily Scrum

The purpose of the Daily Scrum is clearly described in the Scrum Guide — no guessing is necessary:

The Daily Scrum is an internal meeting for the Development Team. If others are present, the Scrum Master ensures that they do not disrupt the meeting.

Daily Scrums improve communications, eliminate other meetings, identify impediments to development for removal, highlight and promote quick decision-making, and improve the Development Team’s level of knowledge. This is a key inspect and adapt meeting.

The Daily Scrum is an essential event for inspection and adaption, run by the Development Team, and guiding it for the next 24 hours on its path to achieving the Sprint Goal. The Daily Scrum is hence the shortest planning horizon in Scrum and thus mandatory.

Contrary to popular belief, its 15-minutes timebox is not intended to solve all the issues addressed during the Daily Scrum. It is about creating transparency, thus triggering the inspection. If an adaption of the plan or the Sprint Backlog, for example, is required, the Development Team is free to handle the resulting issues at any time. In my experience, most Daily Scrum anti-patterns result from a misunderstanding of this core principle.

Typically, a good Scrum Team won’t need more than 10 to 15 minutes to inspect its progress towards the Sprint Goal. Given this short period, it is interesting to observe that the Daily Scrum is often so riddled with anti-patterns. The anti-patterns often cover a broad spectrum, ranging from behaviors driven by dysfunctional Scrum teams to apparent failures at an organizational level.

My unprioritized list of notorious Daily Scrum anti-patterns is as follows:

Lastly, some teams like to have their Daily Scrum in Slack, particularly those that are not co-located. Using Slack does not manifest an anti-pattern per se; it is the prerogative of the Development Team to run the Daily Scrum in any fashion that serves its purpose: inspect the plan for the next 24 hours to meet the Sprint Goal. (I was even working with a co-located Scrum team that used Slack as their preferred way of having a Daily Scrum. It worked.)

Given the importance of the Daily Scrum for the success of the Scrum Team’s effort of achieving the Sprint Goal, its anti-patterns density is no surprise. People seem to be either ignorant (or at least less well educated) about its purpose. Or they — intentionally or not — interfere with the Development Team’s self-organization. One way or another, it is a crucial responsibility of the Scrum Master to help all participants to overcome typical Daily Scrum anti-patterns.

What Daily Scrum anti-patterns have you observed? Please share it with us in the comments.