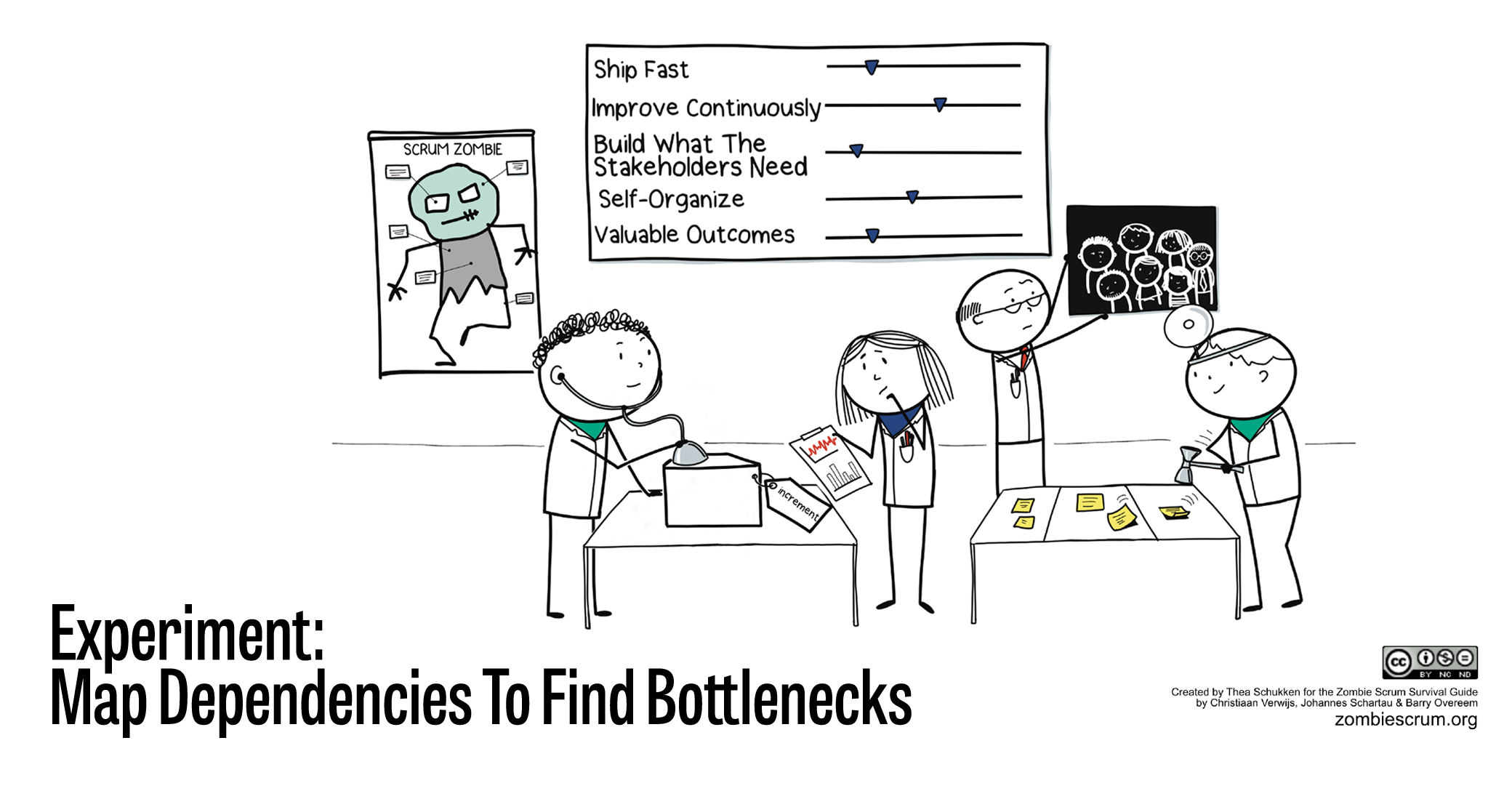 In our book — the Zombie Scrum Survival Guide — we dive deep into what causes Zombie Scrum; something that looks like Scrum from a distance, but lacks a beating heart. We also offer 40+ experiments to recover from Zombie Scrum. In this series, we share experiments that didn’t make it to the book but are still very helpful. This post was written collaborative by Christiaan Verwijs, Barry Overeem, and Johannes Schartau. Download the paper “10 Powerful Experiments to Overcome Zombie Scrum” to get more inspiration on how to fight Zombie Scrum.

It is hard for a Scrum Team to ship fast when it has to wait on other departments, teams, or suppliers to do something they depend on. For example, when deployments are performed by an external team that is swamped with other work. Or when another department has to perform specialized testing before approval is given. Whatever their dependencies, they are generally outside of the control of a team. That makes the delays unpredictable. Even when a Scrum Team considers something “Done”, weeks or months may pass before their work actually reaches stakeholders. This greatly impedes a team’s ability to work empirically and reduce the risk associated with complex work.

This experiment is about creating transparency around dependencies and the effect they have on your team’s ability to ship fast. This experiment was inspired by the Dependency Spiders in Jimmy Janlen’s “96 Visualization Examples” (which contains many other useful visualizations).

Removing or reducing dependencies is a great way to ship faster. 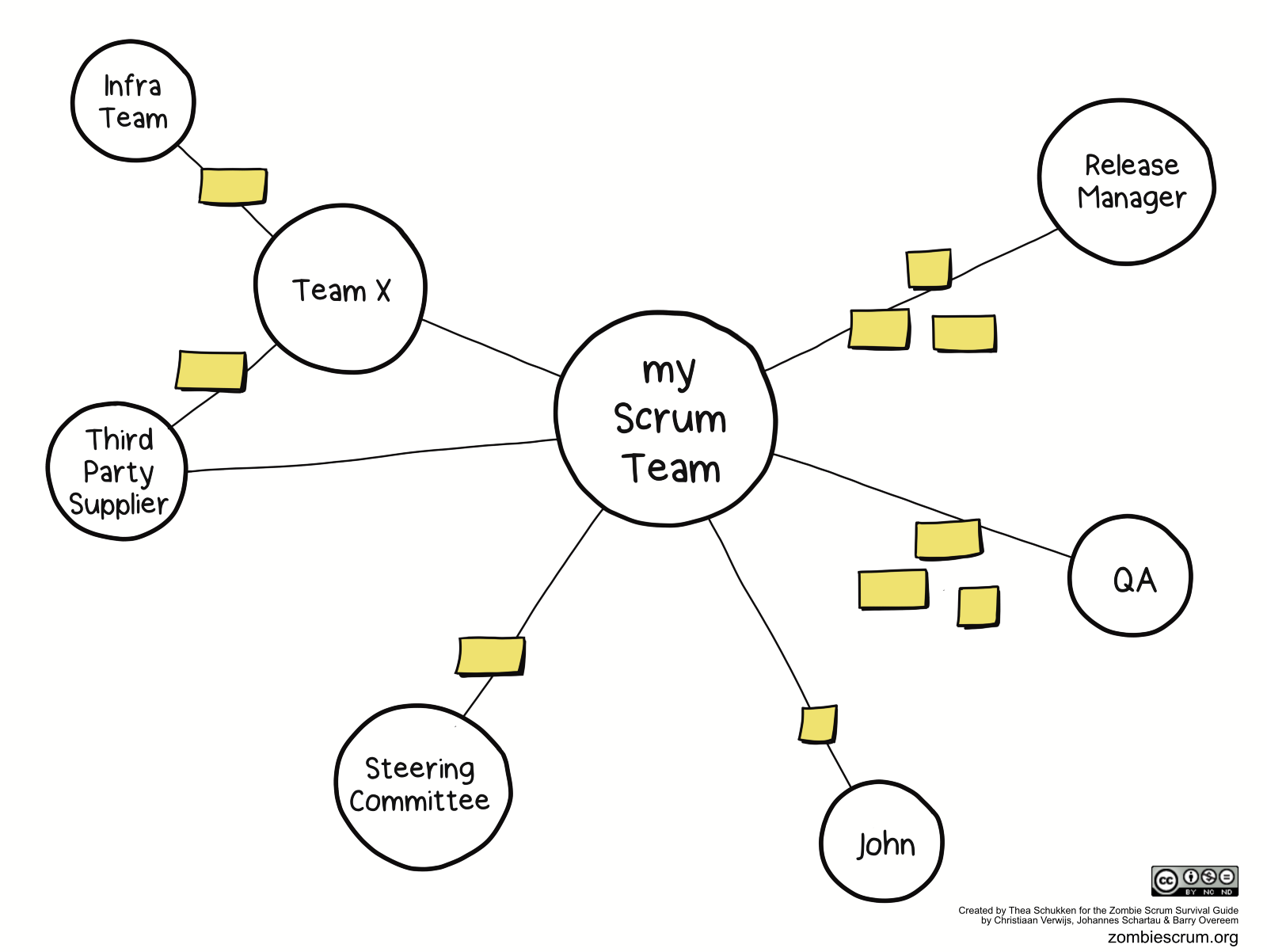 Dependency Spiders help visualize where teams depend on others, and what happens because of that.

To implement this experiment, do the following: 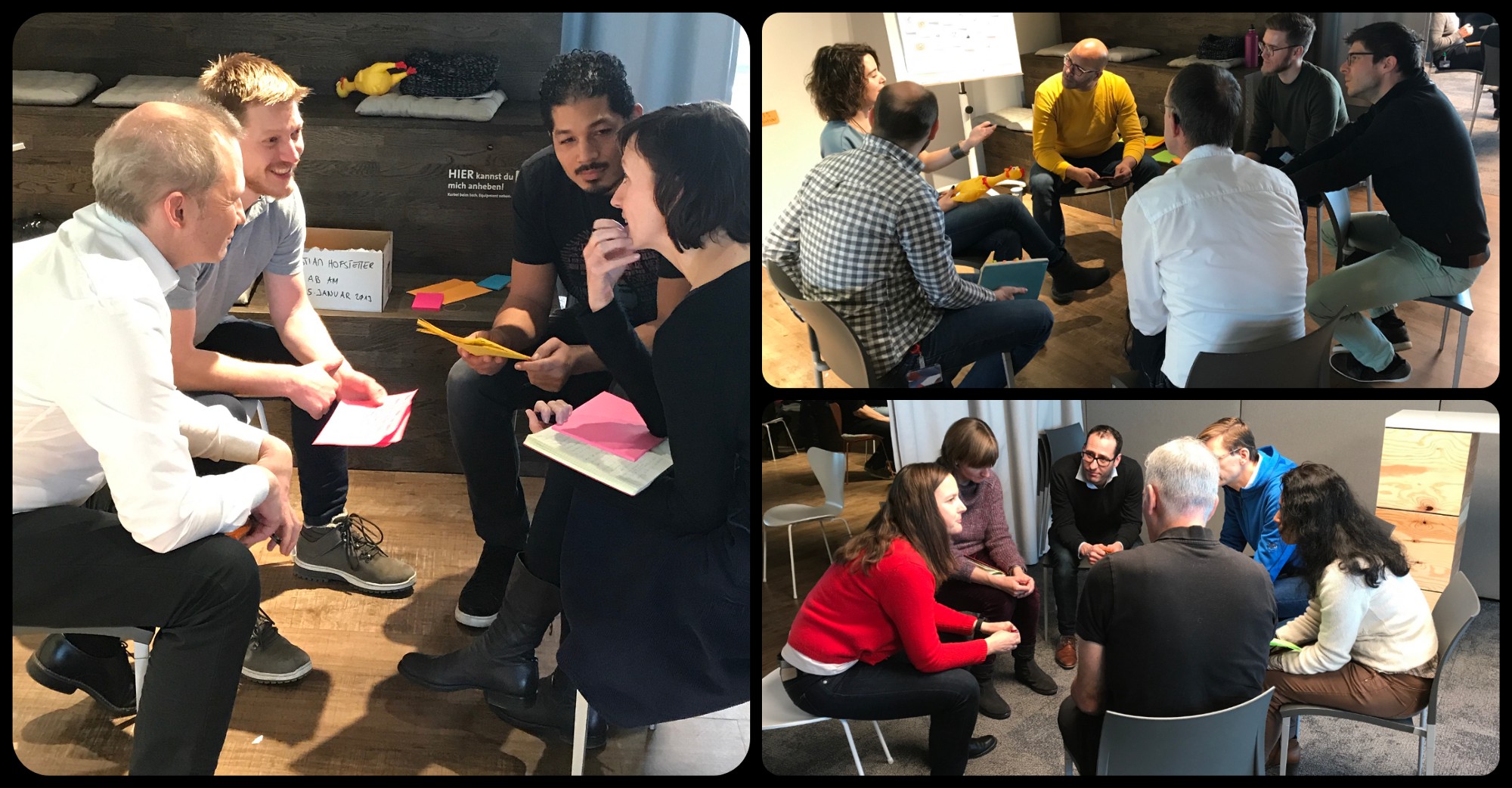 Conversation Cafe in a workshop with Swisscom and KPN iTV.

Experience from the Field

“We used Dependency Spiders to understand a huge dependency that was impeding our ability to ship a large infrastructure product. Releasing new Increments was outsourced to a service provider. Because they used a different schedule and worked for many other customers, our requests would end up somewhere down a lengthy backlog. Not only did we have to wait an unpredictable number of weeks for something to happen, when they finally got around to it they’d bombard us with questions and issues that disrupted our focus from the current Sprint. After creating awareness around the wait time, and the impact it was having on our focus and ability to get feedback from stakeholders, the Product Owner worked with management and the service provider to assign a part-time release engineer to each of the five Scrum Teams. Although there was no requirement to be physically present, we noticed that most of the release engineers made an effort to be with the teams in person.”

How Did it Go?

We’d love to hear how it went when you’ve tried this experiment. With your feedback, we can empirically improve experiments, add new ones, and remove what doesn’t work. Let us know in the comments how it went and/or fill in this short feedback form.

Aside from a deep exploration of what causes Zombie Scrum, our book contains over 40 other experiments (like this one) to try with your Scrum Team. Each of them is geared towards a particular area where Zombie Scrum often pops up. If you’re looking for more experiments, or if these posts are helpful to you, please consider buying a copy. 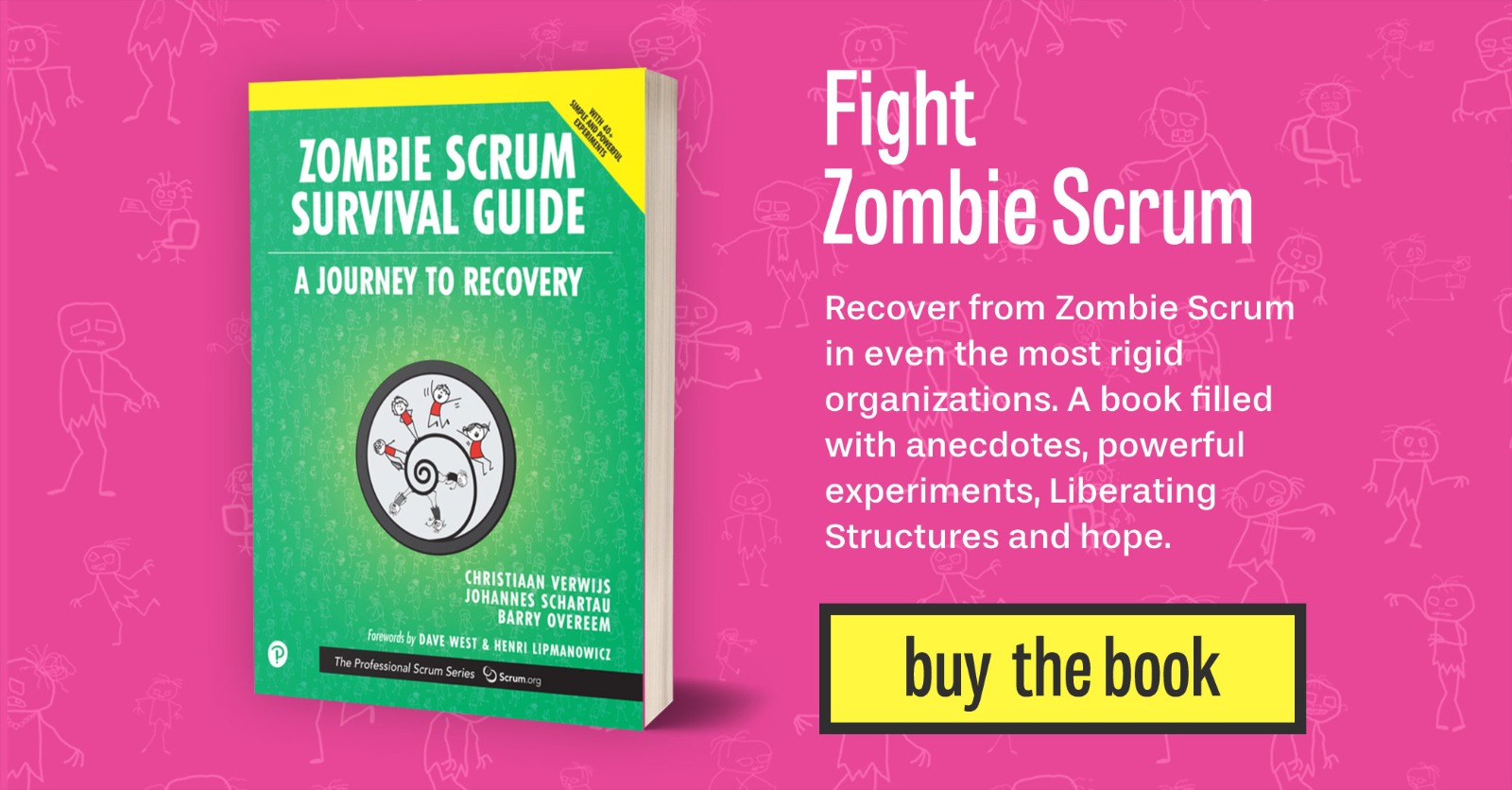