How to Create a Point System for Estimating in Scrum 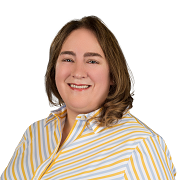 The most common way to implement relative estimation is by using points.  Relative estimation arrives at an estimate by comparing each PBI to a standard-sized item.  It is different from hour estimation in that it relies upon comparing similar PBIs to each other to estimate size rather than establishing an “exact” estimate.  For example, you might size all text changes similarly, and all simple form updates similarly.   When you need to size a new PBI, you compare it to a similar PBI within its category.  Similarly sized PBIs get the same point value.

You might be wondering how a team selects a point system to use and how to assign the PBIs to the various levels. Let’s examine that next. 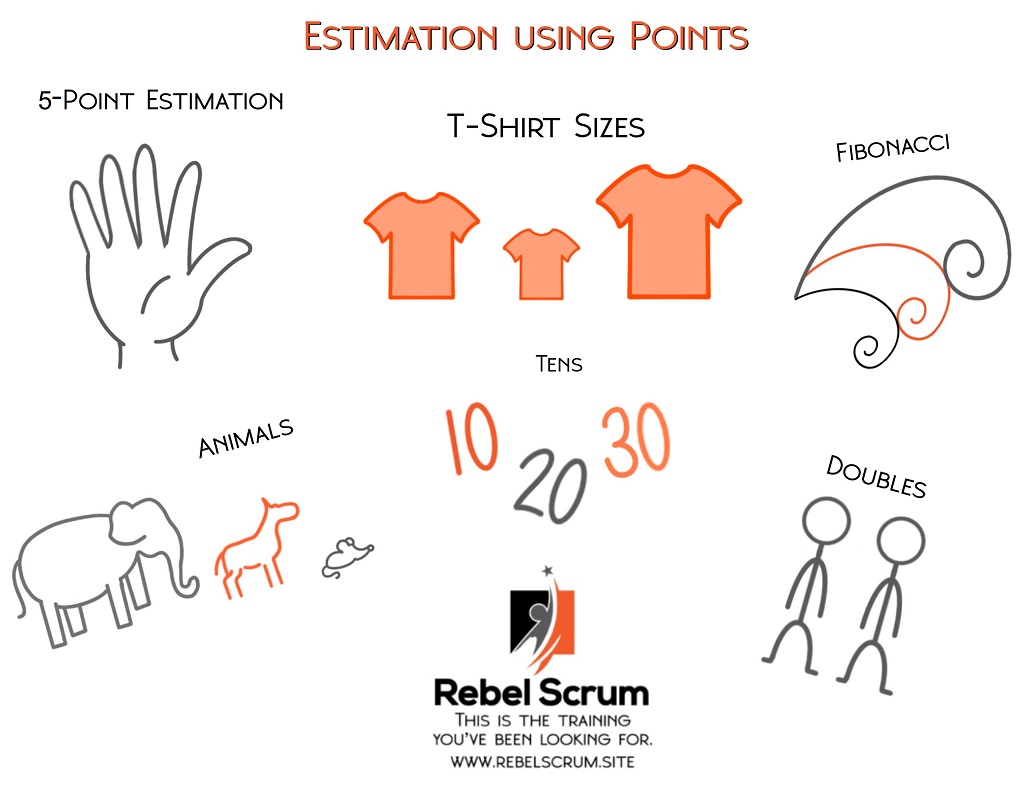 To select a point system, the team looks at the list of available options and selects one that feels comfortable. Pick one and give it a try. That’s all there is to it.

Here are a few of the most common point systems.

This one is as simple as it gets.  Teams use a scale of one to five as their point system.  When estimating in person, a five-point estimation system makes it very easy for teams to share their opinion on the size of a story.  The downside of this point system is that there are not many options to choose from, which doesn’t allow the team to estimate sizes granularly.  However,  what it lacks in specificity, it makes up for in simplicity!  Scrum is all about keeping things simple, and teams often overlook the point system.

This option uses the same groupings that T-shirt sizes do—small, medium, and large.  If the team wants to map the sizes to a number system (to calculate velocity or the number of points they can close per Sprint), they simply replace small with 1 and medium with 2 and so on.

The Fibonacci system can be confusing to teams new to it, but being able to distinguish size differences makes it a popular choice. 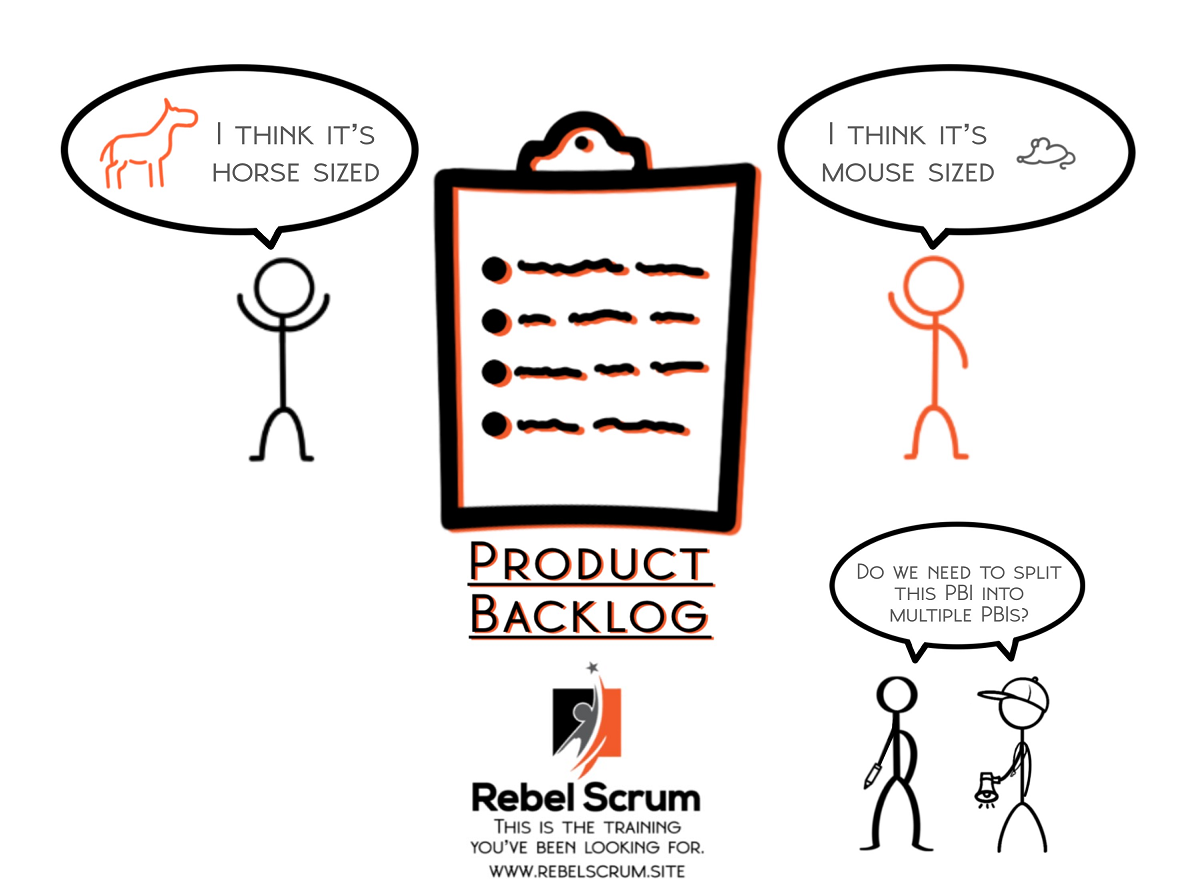 I have worked with teams that have mapped different animals to the Fibonacci point system as a shorthand when discussing relative size.   The number is just used behind the scenes (to calculate velocity, for example) but when they’re in discussions they talk about the animal.  This system is fun, engaging, and more memorable for teams using it.

Teams can simply count by tens, designating the smallest item size 10 going up on the scale for subsequent items according to the team agreement.  This system makes it very easy to calculate velocity for each Sprint.

Teams can count by doubling the previous number in a sequence (2, 4, 8, 16 …).  This point system allows teams to distinguish between the size of two PBIs more easily, but some people find it difficult to get their heads around it.

There is no right or wrong point system.  Select a system that works for your team.

Step 2: Associate a sample work item with each level of the point system

Once the team has selected a point system, they need to decide which types of items to classify as a 1, 2, and so on.  It is possible for the team just to use its judgment, documenting that information in their team agreements.  Alternatively, let’s look at an exercise that can help your team create a point system organically no matter what’s in the Product Backlog.

Start by pulling together a small sample of PBIs from the backlog.  This sample should represent your various PBI types.  Depending on the size of your Product Backlog, you might pull a larger or smaller items sample, but 15-20 items is a good start. 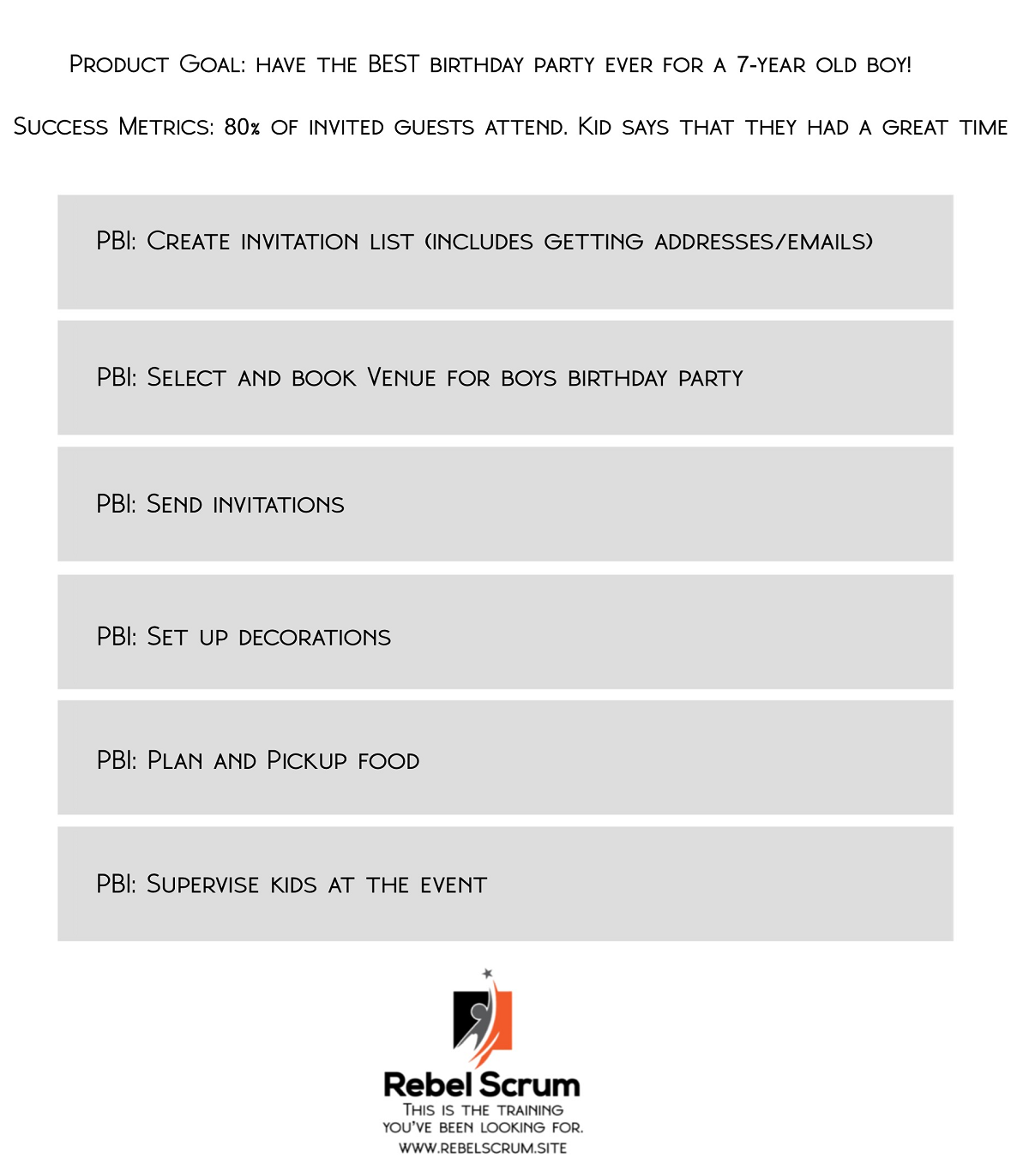 Next, for each PBI in your representative list, ask team members to estimate each one as small, medium or large for complexity, effort and uncertainty. 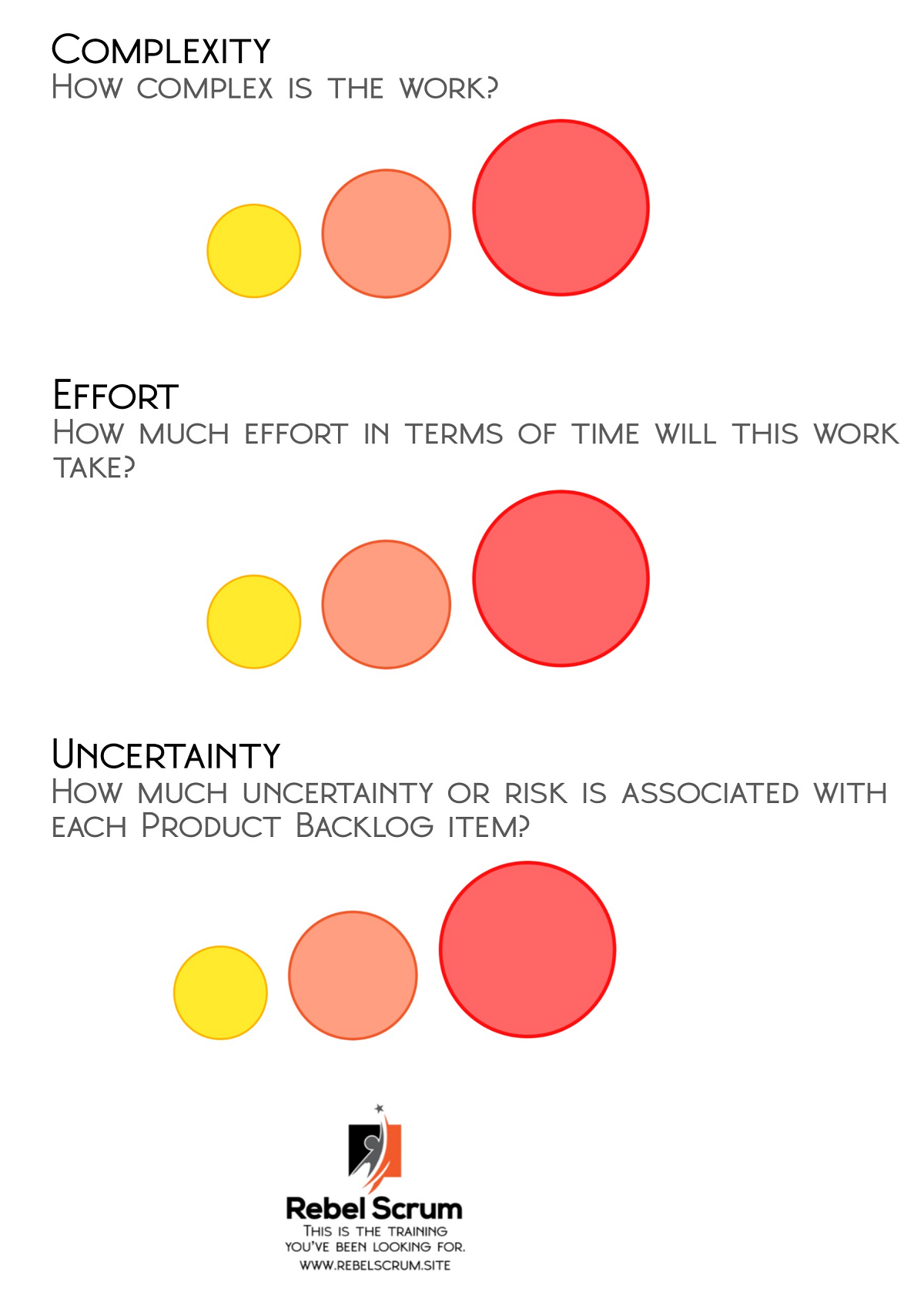 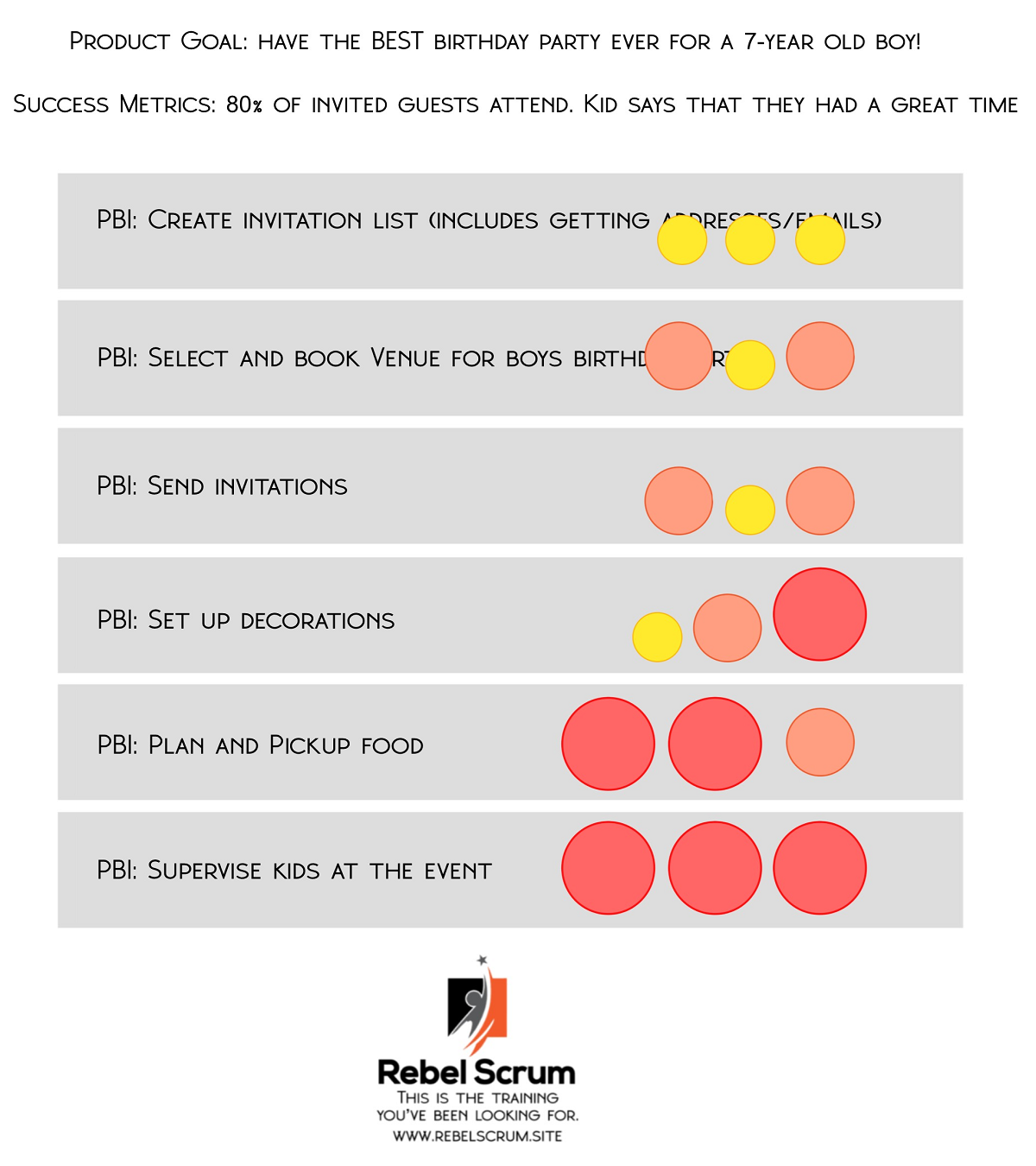 Next, visually group similarly sized PBIs together.  For example, if you have a PBIs that are small in complexity, effort and uncertainty, group these together  Even if the sizes are not an exact match, they may be grouped together if they are similar in size.  There should be about a 40% difference in size between each number on the point scale.  To put that another way, each number on the point scale should have a PBI type associated with it which is noticeably bigger than the previous number on the point scale.  Use your judgment when creating groupings; it should be easy to distinguish the size from one number on the scale to the next, but you don’t want such a big difference that you are not representative of the variability which exists in your backlog. 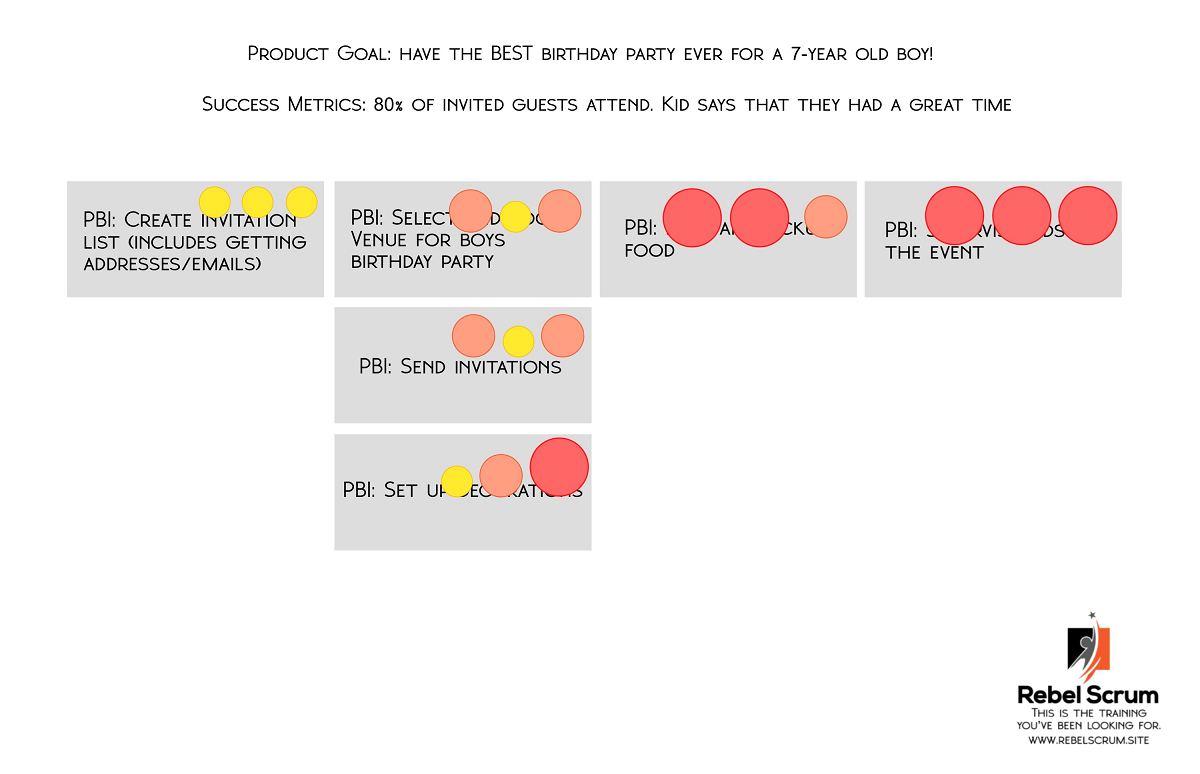 Go back to the point system that your team identified and apply each point in ascending order to your groupings.  For example, if your team had selected Fibonacci, your groupings would look like this: 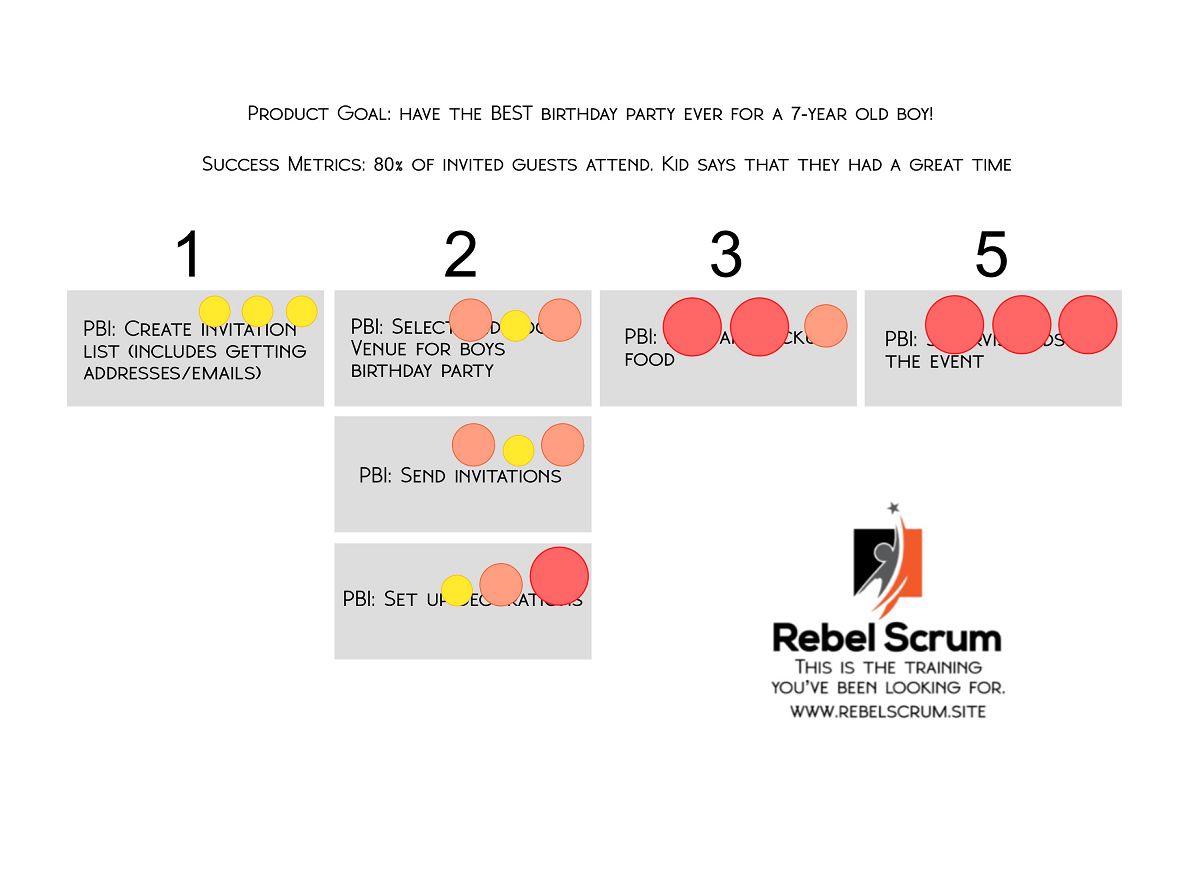 Select a sample PBI from each Group

Select a sample PBI from each group and use it as the “example” item for each point size.  Document this information in your team agreement so that if anyone needs to know what type of item should be a 5 in the future, this information is available. 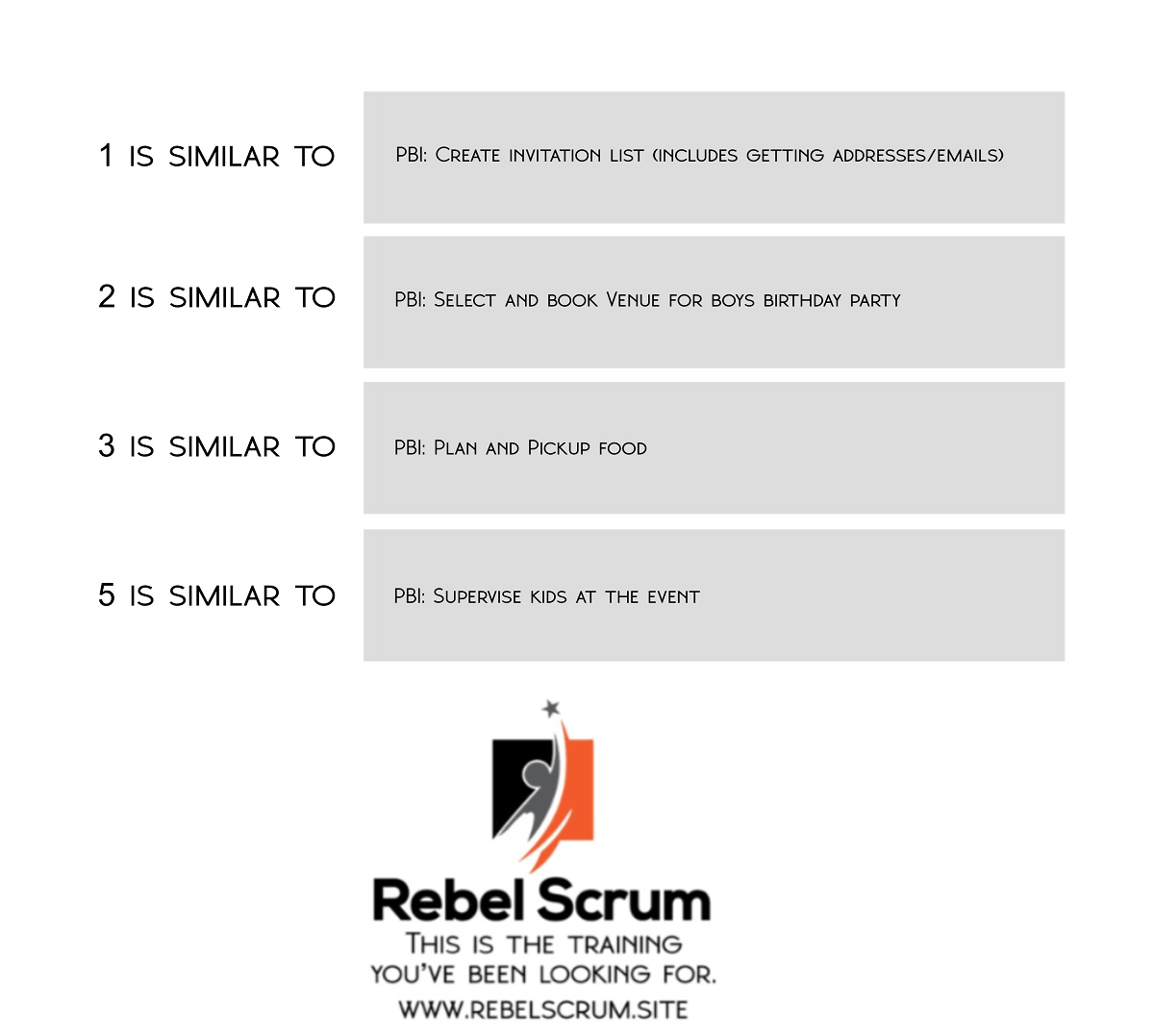 Your team can complete this exercise in two hours or less, depending on the number of PBIs  you select as representative of your Product Backlog. Make sure you don’t spend too long assigning a high/medium/low estimate for complexity, effort and uncertainty.

You might choose to carry out this exercise in a stand-alone meeting or during refinement.  Alternatively, you can use your retrospective to create this point system if the team decides that this is a good use of time. Regardless, ensure you document it all in a centralized location.  If your team uses the complementary practice of creating team agreements, that’s a good place to document your point system.

Use your new point system

Once you’ve created a number system and established relative sizes, you can use it when new items arise during refinement. You will be able to determine the type of PBI the new one is similar to, and bam, you’ve got an estimate.

The benefits of relative estimation are that over time, as the team delivers PBIs estimated this way, they can get a sense of how much work they can actually deliver each Sprint using a calculation called velocity.  You calculate velocity by taking the estimate for each PBI you delivered in a Sprint and adding them up.

For example, if the team completed five PBIs in a Sprint sized as a 1, 5, 1, 2 and 3, then by adding up the points assigned to each Done item, the team can learn that their velocity in the previous Sprint was 12.

Over time, the team may learn that they typically deliver between 10 to 15 points worth of PBIs per Sprint. This calculation helps improve predictability, the ability to plan a Sprint, and forecast delivery throughout multiple Sprints. This information is helpful because the team can only pull in as much work as they can actually deliver in a Sprint.  The Product Owner can use this information to forecast how long it might take the team to deliver 50 or 100 points worth of work. 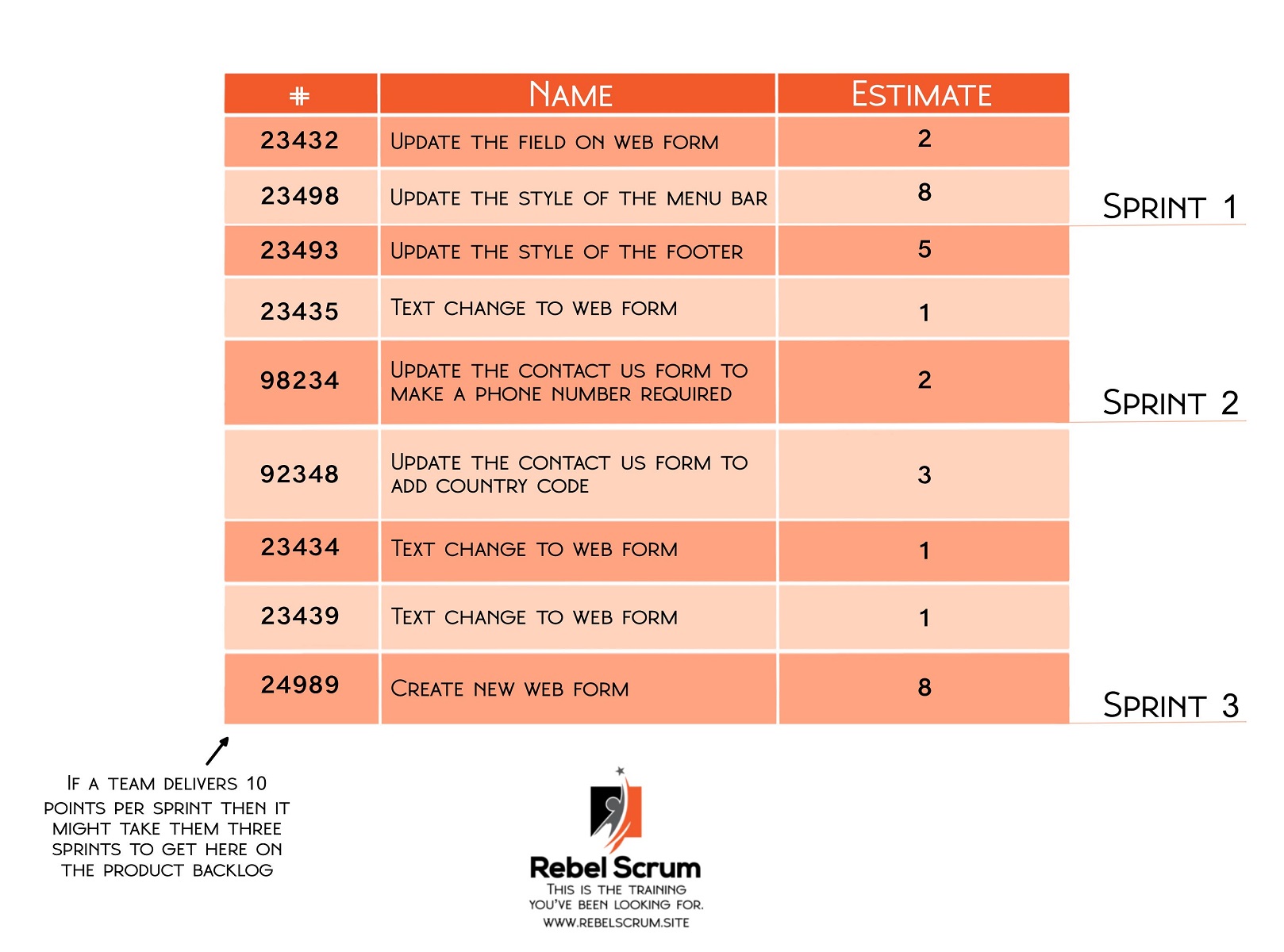 Keep in mind that most Scrum Teams will experience a level of variability—that’s why it’s called a forecast and not a plan!  See forecasting for Scrum teams for more information about dealing with variability in estimates.

Both public and private classes are available.  To learn more, contact Rebel Scrum.