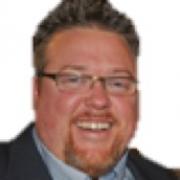 A pair of recent findings from the Standish Group confirm the astonishing success and cost savings of Agile approaches over waterfall.

In the "Chaos Report 2015", Standish found that large Agile projects are 6X more successful than waterfall projects.  While Standish doesn't get specific on what is a "large" project, it's worth nothing that "Large" is the biggest size category for projects and their data encompasses over 10,000 software projects.

In a new report called  The Money Pit, The Standish Group studied two very similar large software projects, done at two very similarly sized, mature companies.  One project was done with Agile, and one with Waterfall.  The astounding results they found:

* Note that the activities depicted on the graph were done sequentially via waterfall, but iteratively via Agile.

It should also be noted that a survey from Forrester Research showed that of all companies attempting Agile, some 90% are using Scrum.

Just to re-iterate -- 6X more successful, cost payback 10X faster, and 4X cheaper.  How is that for Better, Faster, Cheaper?

At AgileSoftwareTraining.com, we provide coaching, consulting, and training solutions to help your company achieve the astounding success of Agile and Scrum approaches.  Contact us today for a free consultation.