With A Little Help From My Friends 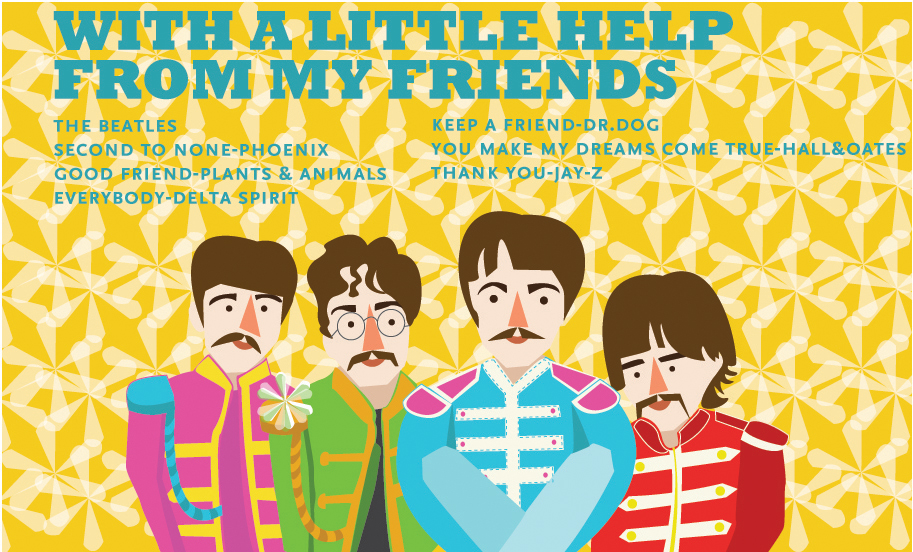 What this article is about. We shall talk about the most important, from my point of view, team’s trait - Helping Each Other. After discussion I will give you a powerful game that can help you to foster and promote real “one for all, all for one” team spirit.

Magic flip-chart. I have one magic flip-chart that I always use to demonstrate to all Development Teams when we start discussing Scrum, its principles and teamwork. Here it is: 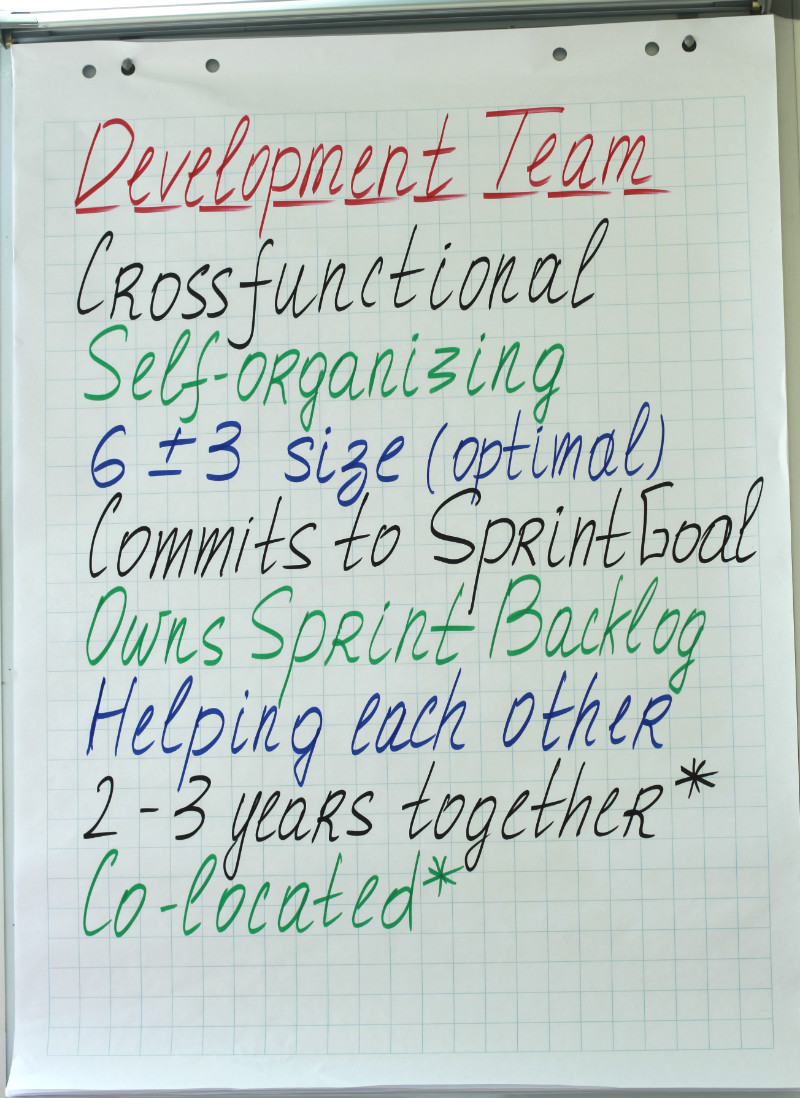 Then, after we go through all the points, I ask the question: "Which of the following do you think is the most important thing, without which work in Scrum would be simply impossible?" And I get different answers. And usually from the 3rd – 5th attempt people point to the, in my opinion, right answer.

I firmly believe that if we miss this tiny point the rest becomes irrelevant and meaningless.

Let’s find out why helping each other is the most important trait and why missing it makes the rest quite irrelevant.

Development Team. In Scrum, the Development Teams do not have any titles (it is strictly forbidden), we have just specific Scrum roles (Scrum Master, Product Owner, Development Team). And where have the testers, business analysts, coders, architects and other specialists gone? They are still there. People continue to perform their previous functions, but since, as they plunged into Scrum, they are equal and everyone becomes a developer and part of the Development Team. We move towards agreed goals only together. 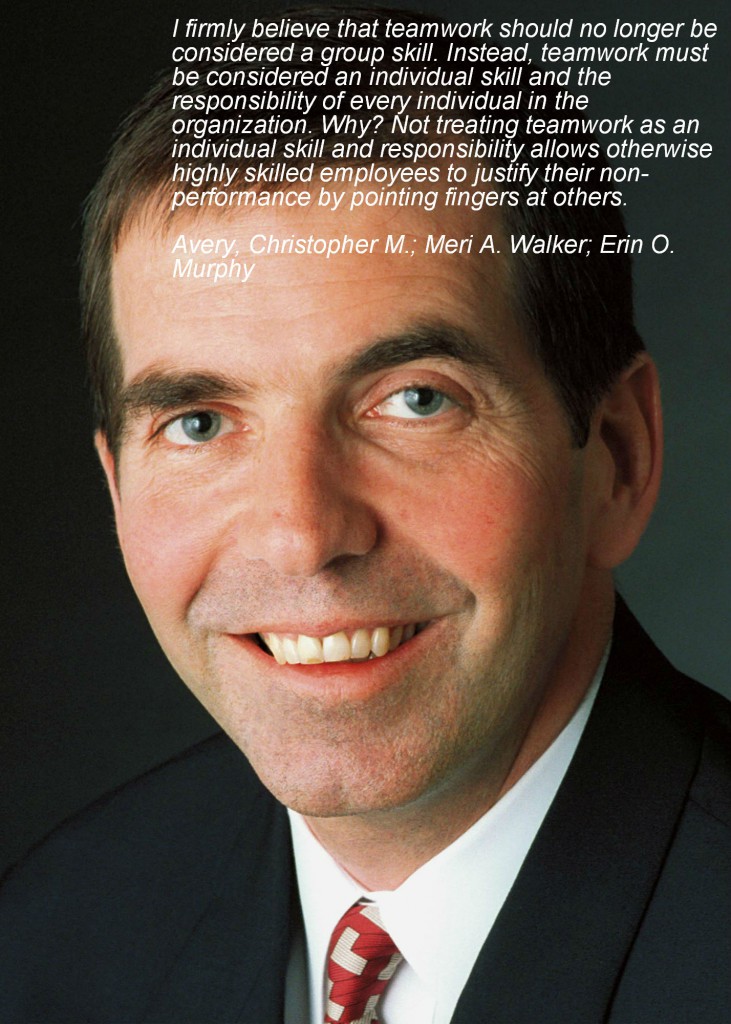 Broken Squares.  This is a very useful and interesting game that I use in teams. I use it in order to explain why it is so important to work together and help each other when we are moving towards a common goal. 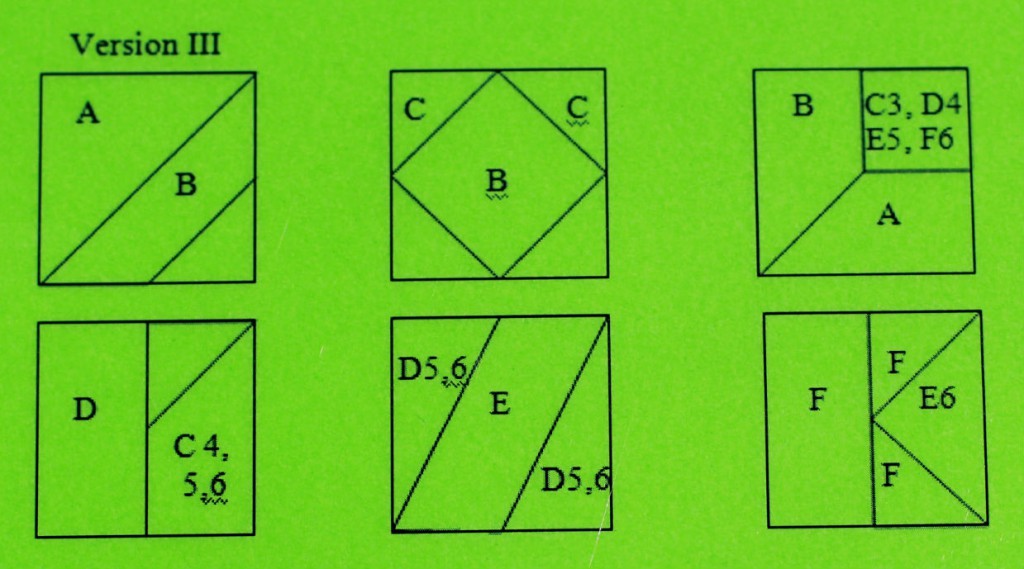 The game is designed for 3-6 players.

If at least one member of the team doesn’t complete the square - the goal is not reached.

Rules of the game are as follows:

Here you can download the file in Word format and print it on colored paper (each team has a different color). All you need to do is work with scissors and package fragments of squares in  separate envelopes (see photo below). 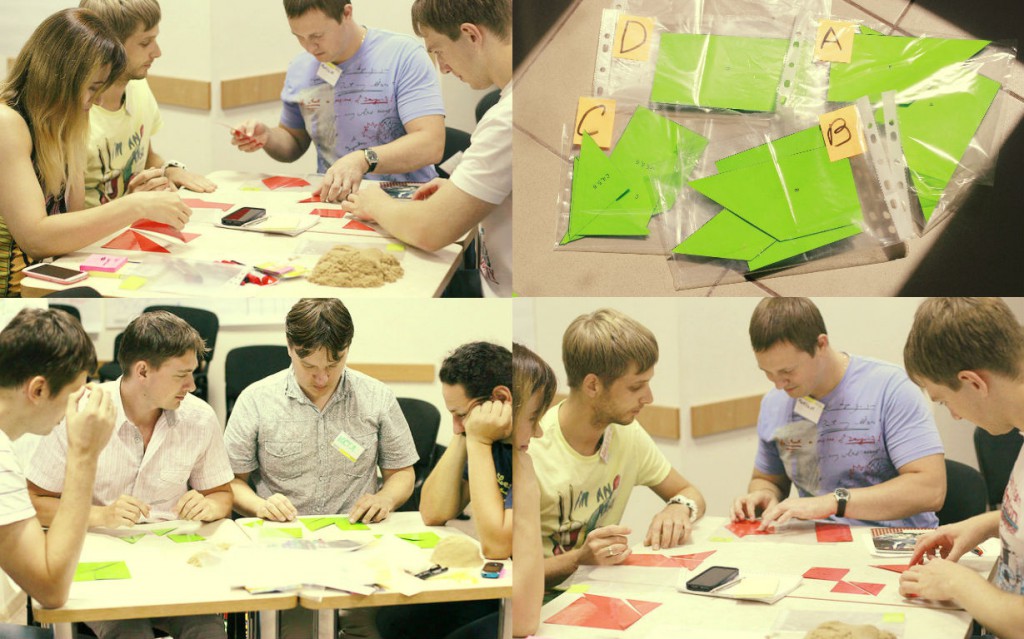 Play. Now it’s time for the true fun. Set the timer and start the countdown from 10 minutes. Enjoy the process. It makes sense to appoint one or two observers (people not participating in the game) that would walk between the tables and watch the process unfold. After game is over they will be able to share their observations with us. Here are a few game patterns that I have observed: 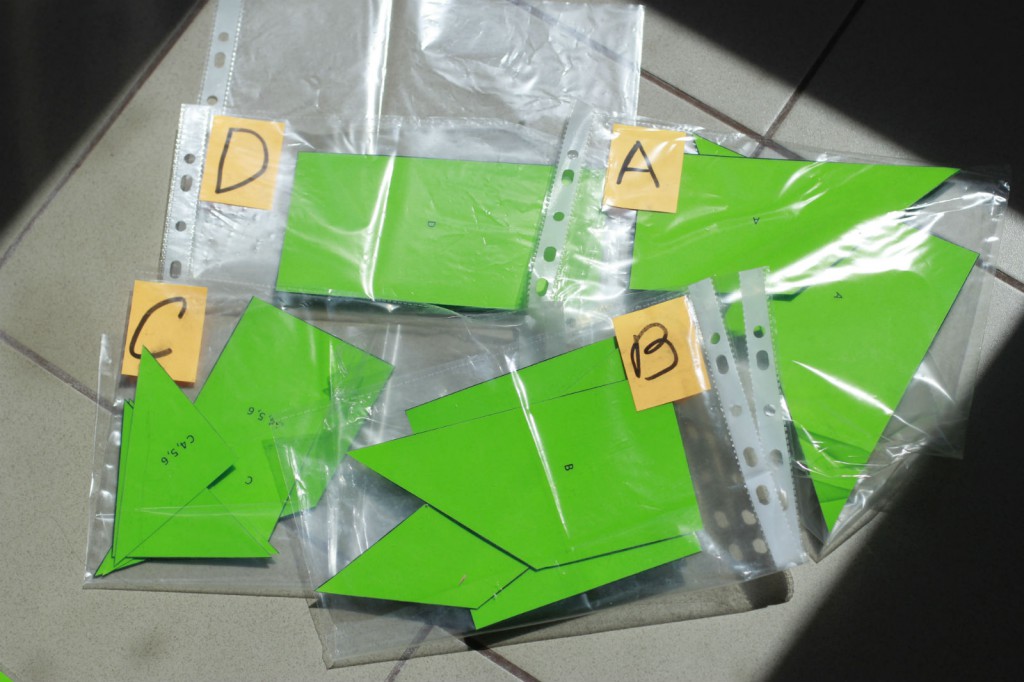 After game discussion. The most important part of the game, not oddly enough, happens after. This is debriefing. Trying to "pull" as many insights as possible from it,  by asking open-ended questions:


Typically, a few participants say that they blocked the whole team and because of that lost a lot of time. From this comes the understanding that it is difficult to achieve the objectives of the game without the help of others. You have to see what your teammates need to be successful. Also, I often hear that the problem would be solved much faster if all the pieces were given as a common pile of pieces and not in separate envelopes (like common Sprint Backlog).

Play, discuss and have fun using this game. I hope it will help you and your teams to refresh the responsibilities and traits of the Development Team role in Scrum. I wish you good luck!