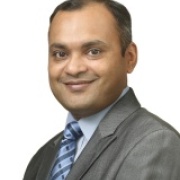 A program team of over 40 people decided to move to Agile from their traditional development practices. The program was old and had been in existence for over 6 years. In these 6 years they had released multiple versions of their software product to their customers. In the rush to satisfy the customers they had ignored the basic hygiene of following the good engineering best practices. So, along with their move to Agile they had also inherited a considerably poorly maintained legacy code. There was tight coupling between the various software components in the entire system; The majority of  the code files had 10000+ lines of code with plenty of code duplication; there was poor technical documentation on how the overall system interacted; the entire testing effort was manual. There were certain components which when modified, in most instances, introduced regressions in the existing system.  Even though the teams spent significant time testing the entire end-to-end system, the overall confidence on the quality of the deliverable was considerably low. 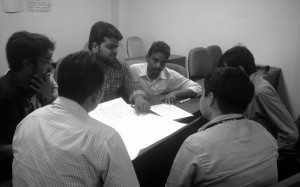 exponentially higher than it took to build those features. In addition, most of the times the development teams kept busy fixing unplanned production defects to maintain the business continuity. The deliveries of new business features were at an all time low which made the sponsors very anxious.

The scrum teams collaborated, brainstormed and came to a common conclusion that to accelerate product delivery, one of the first steps was to reduce the manual test effort spent by the development teams. They decided to write end-to-end automated service level tests to cut down the time teams spent on manual testing as well as to gain enough confidence in their deliveries. The product owner helped by ordering the PBIs for the service level automated tests higher in the product backlog.

The skill-sets required to develop the service level tests were spread across multiple scrum teams. Something different had to be thought of to overcome the above challenge without having a major impact on the business continuity.

A new scaled scrum tactic of “Team of Teams” was introduced: “Team of Teams” is a concept where members with the right skill-set from the existing scrum teams participate to form a new Scrum team for a short duration of a sprint or 2 to solve a very focused problem.

The 4 Scrum Teams self-organized and quickly identified 2 development engineers from each team with the correct skill-set to participate in the new “Team of Teams”. One of the Scrum Masters from the existing teams volunteered to help with Scrum Master duties for the newly formed Scrum team.

The new “Team of Teams” decided to operate in “Boot Camp” mode and they co-located themselves in a conference room to allow maximum collaboration. In the first few days of the sprint, the team carved out a homegrown test framework and added a couple of end-to-end tests to validate the framework. A quick review of the framework with the original 4 scrum teams and the Product owner validated their hypothesis. The newly formed team of teams worked through their sprint backlog and automated enough test scenarios in that sprint. The “Team of Teams” had accomplished their mission of writing sufficient automated test scenarios to reduce the manual in-sprint test effort. The team members from the newly formed team of teams then returned back to their original scrum team where they continued to build additional test scenarios.

Having led many Agile adoptions across multiple organizations, I have found scaling tactic like "team of teams" to be very helpful when a very focused problem has to be addressed.  The “Team of Teams” tactic has also been explored for strategizing the product vision and the product backlog refinement with multiple scrum teams and overall the outcome has been quite rewarding.

I would be happy to hear some scaling tactics you have used and learn from your experiences.