Scrum Master anti-patterns: The reasons why Scrum Masters violate the spirit of the Scrum Guide are multi-faceted. They run from ill-suited personal traits and the pursuit of individual agendas to frustration with the team itself.

Read on and learn in this post on Scrum anti-patterns how you can identify if your Scrum Master needs support from the team. 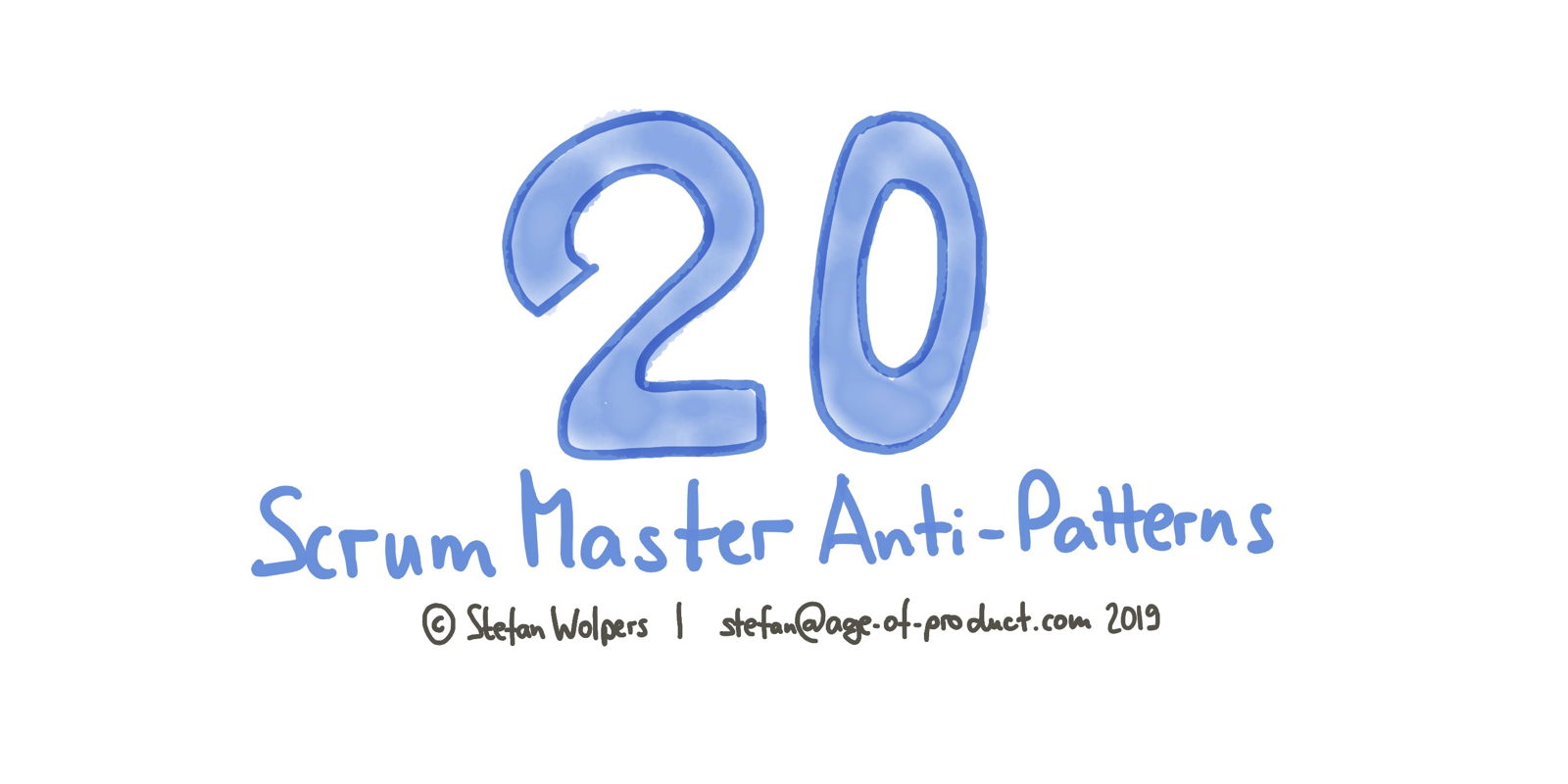 Do you want to get this article in your inbox? You can sign up here and join 26k other subscribers.

The Scrum Master According to the Scrum Guide

Before we start dissecting probable reasons and manifestations of Scrum Master anti-patterns let us revisit how the Scrum Guide defines the role of the Scrum Master:

The keystone of the definition of the Scrum Master role is the servant leadership aspect. In most cases of Scrum Master anti-patterns, it is precisely this standard that an individual is not meeting. (See also the detailed lists of services rendered to the Product Owner, the Development Team, and the organization by the Scrum Master as defined by the Scrum Guide.)

The reasons why Scrum Masters violate the spirit of the Scrum Guide are multi-faceted. They run from ill-suited personal traits via the pursuit of own agendas, to frustration with the team itself. Some often-observed reasons are:

The Scrum Master as Agile Manager

In my eyes, ‘agile management’ is an oxymoron. The primary purpose of any agile practice is empowering those closest to a problem with finding a solution. In other words, the team shall become self-organizing over the course of time, thus providing an appropriate level of business agility to the organization. Self-organizing teams need coaches, mentors, and servant leaders, however, not a manager in the taylorist meaning of the word.

Watch out for the Scrum Master anti-patterns corresponding to this ‘agile manager’ attitude:

The following anti-patterns focus on the Sprint Planning:

The following anti-patterns focus on the mishandling of the Sprint itself:

The final set of anti-patterns addresses the Sprint Retrospective:

There are plenty of possibilities to fail as a Scrum Master. Sometimes, it is the lack of organizational support. Some people are not suited for the job. Others put themselves above their teams for questionable reasons. Some Scrum Masters simply lack feedback from their Scrum Teams and stakeholders. Whatever the case may be, though, try and lend your Scrum Master in need a hand to overcome the misery. Scrum is a team sport.

What Scrum Master anti-patterns did I miss? Please share it with us in the comments.

Product Owner Anti-Patterns — 31 Ways to Improve as a PO