Solving Impediments as a Scrum Team

The main message of the retrospective was clear: there are too many interruptions by stakeholders and senior management. The interruptions impeded the flow of work through the team. Consequently, achieving the Sprint Goal had been at risk several times in the past. Moreover, the team missed the Sprint Goal twice recently. Solving impediments as a team has become a necessity.

Learn more on how to tackle impediments as a team by running experiments, iterating and visualizing on the solution.

According to the Scrum Guide, the Scrum Master should be the right team member to deal with this kind of impediment:

However, there are various reasons why stakeholders — and particularly the senior management — are ignorant of basic agile concepts that are essential for the productivity of a Scrum Team:

The mere fact that stakeholders and managers interrupt the team is hence no reason to point at the Scrum Master but an excellent opportunity to tackle the issue as a team.

Solving Impediments like the Interruption Problem as a Team

In this case, the Scrum Team decided to approach the impediment at two levels: 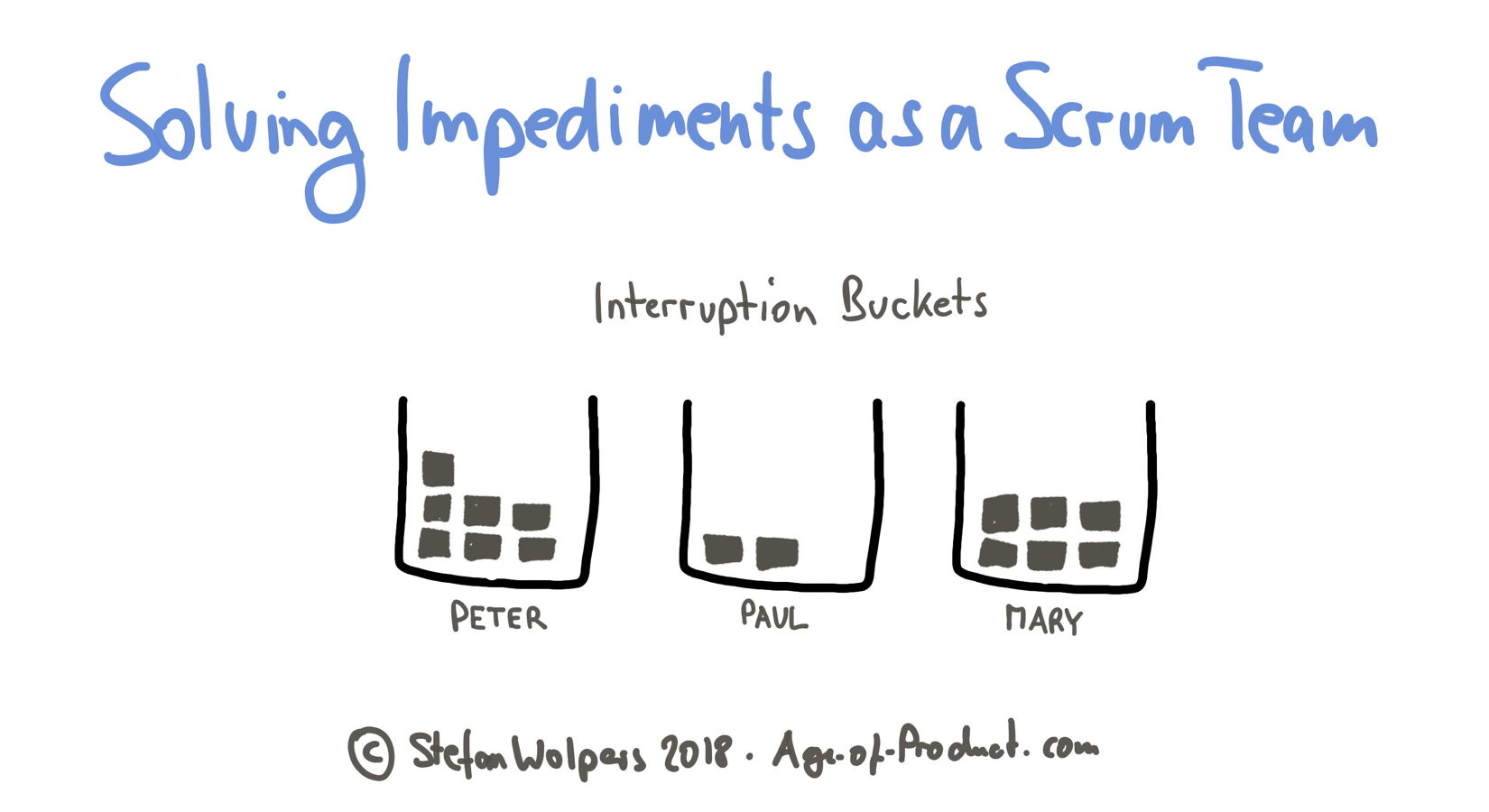 At the next retrospective, two weeks into the experiment, the Scrum Team analyzed the situation:

Hence the team decided to iterate on the problem-solving approach: 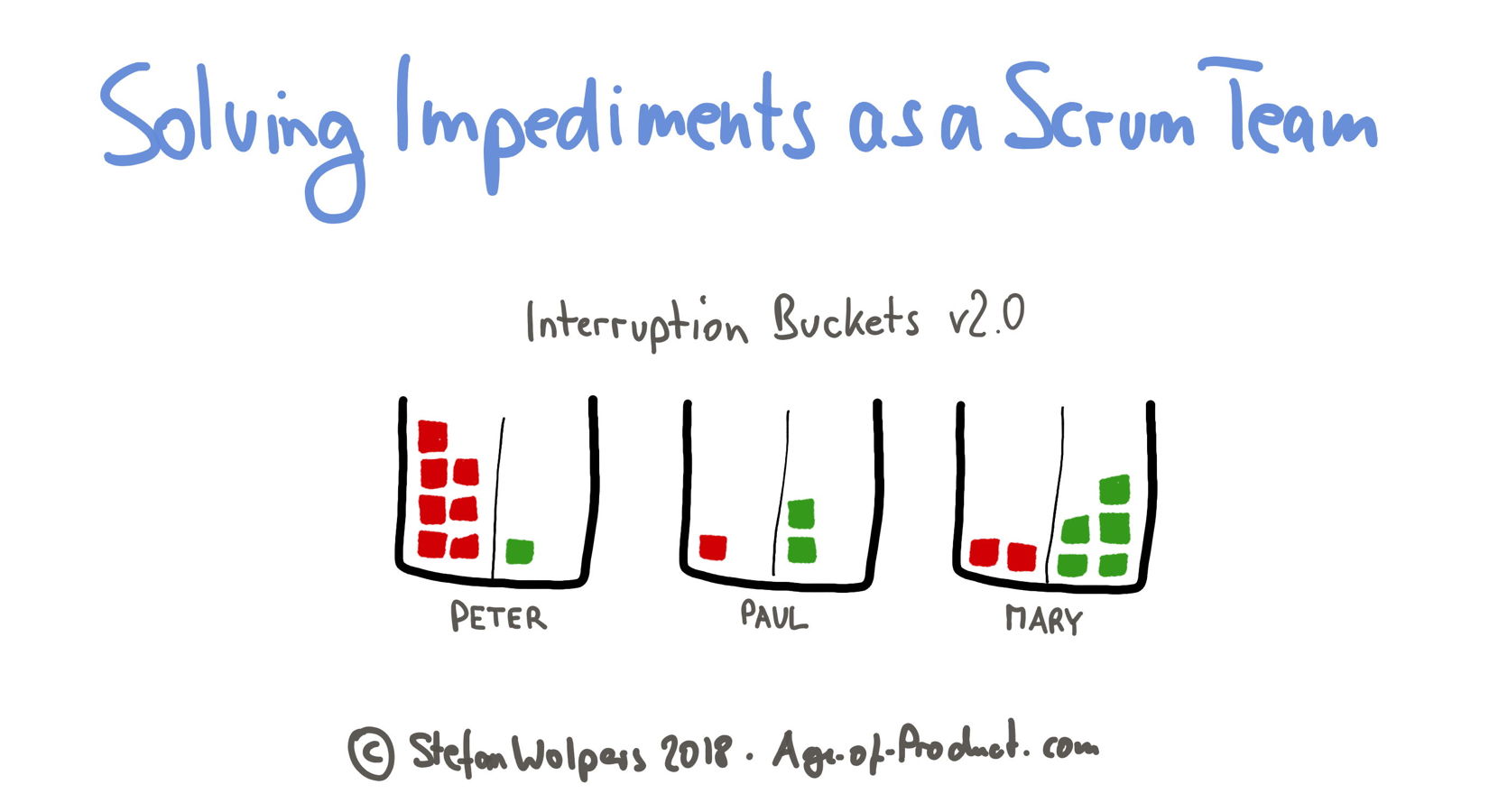 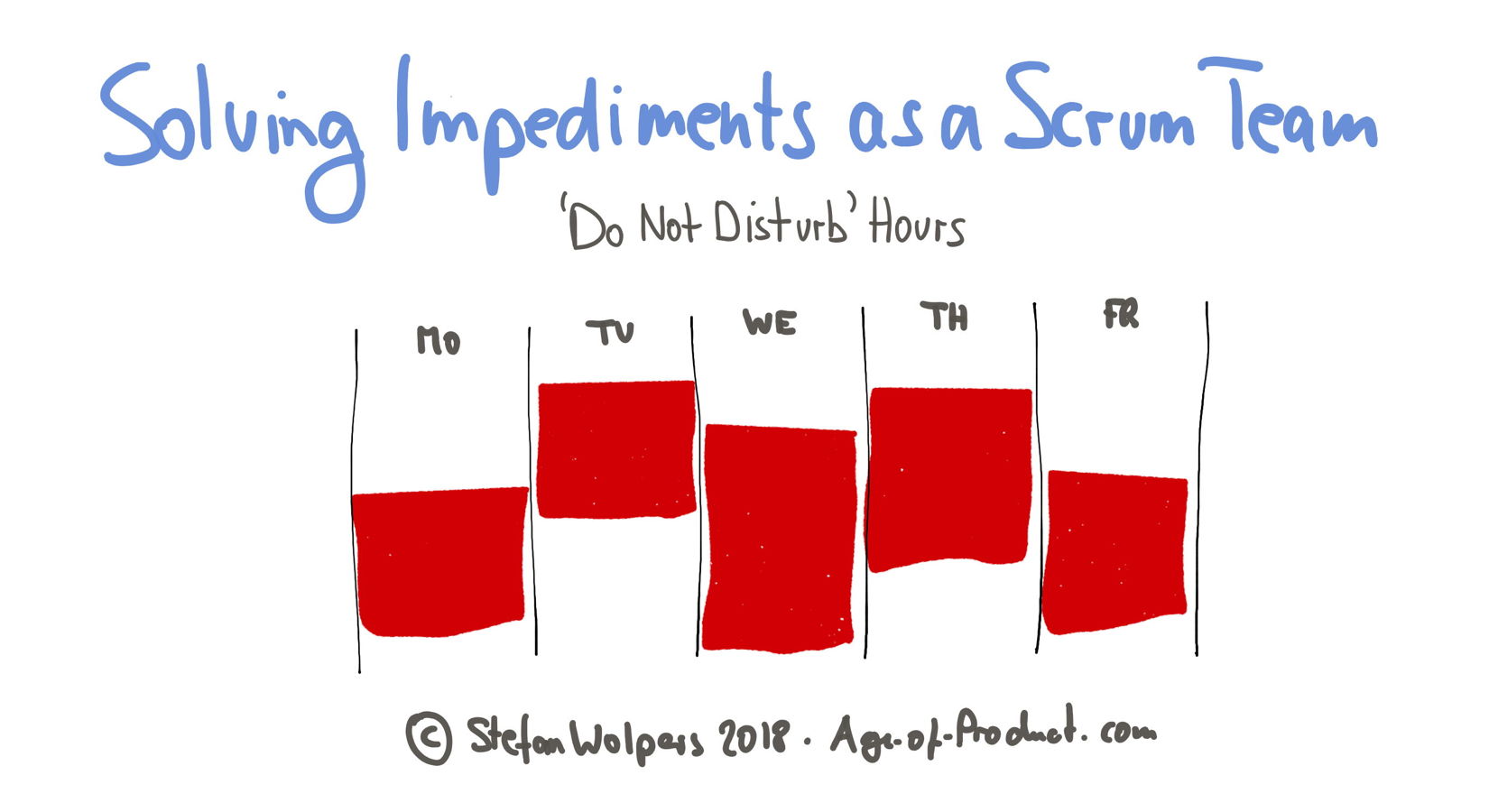 A Sprint later, the impediment could be practically contained to a single person while the others appreciated coaching them on how to better interact with the Scrum Team.

Conclusion — Solving Impediments as a Team

As so often, collaboration proves to be ground from which to grow a successful Scrum Team. Tackling the impediment as a team by running experiments and iterating on the solution improved in this case the team’s productivity as well as its standing with stakeholders and the senior management. (Except for one, but that is another story.)

What lessons have you learned when collaborating as a Scrum Team to solve an impediment? Please share with us in the comments.