The original text was published few years ago on Linkedin - [link] , but the subject keeps popping up - so I decided to post this text also here. I hope it will be valuable for you. - Kate Hobler (Terlecka) 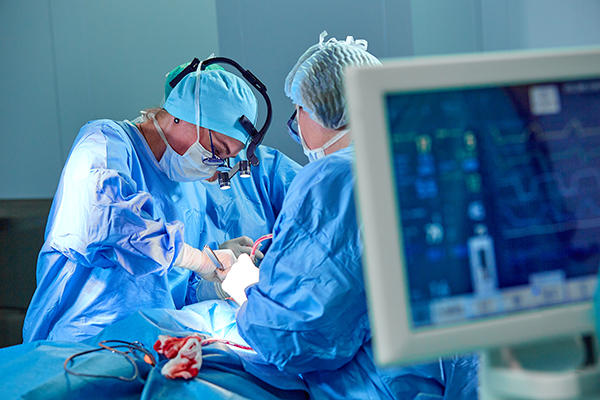 The digital transformation trend in banking and other types of financial institutions is clearly visible – especially for past few years. We’ve been working with several throughout this time. The idea to introduce so-called “Spotify Model” was present in every one of them.

And now I’ll tell you why it’s a bad idea.

Lesson 1: It works there, so it will work here.

Quick trivia: How many organizations working according to the so-called “Spotify Model” you know?

Because I know none. Including Spotify itself.

What is being now called “Spotify Model” is a snapshot of the state of Spotify’s organization from 2011. Henrik Kniberg talks about it every single time he speaks. Spotify itself doesn’t use it anymore. It’s a part of their organizational agility.

In the meantime companies keep trying to transplant this structure, which comes from a specific organizational culture built on a mixture of national and multicultural elements, having their own specific values and their own specific people.

It’s just like trying to transplant a kidney from a total stranger. There is a chance this transplant will not get rejected, but we have a way better chance of winning a lottery. Even transplants from a family member aren’t always accepted. So if we have a company two buildings away we have no guarantee that it will work for us.

Lesson 2: Let’s do tribes and squads.

Let’s take people that can’t create teams, that are unable to work cross-functionally and organize them into new units that will have the same managers and same management style. When we start calling them Tribes and Squads everything will magically become agile!

And now I’ll tell you a secret: nothing will change. There is even a name for that: BOHICA– just another organizational structure change. We know this oh so well.

But nobody wanted to listen to Kniberg. And he keeps saying: we’re showing a snapshot, to show off and so that you can get inspired, because maybe one of our ideas will be applicable in your agile organization. Companies love introducing one – or many – of those ideas without understanding where they come from or how do they work. And if it doesn’t work in their conditions – they blame Spotify – why did they dare to publish something that isn’t working? This hate and attempts to thoughtlessly transplant instead of getting inspiration were reasons why Spotify refuses to publish updates. Marcin Floryan was talking about this on Spark The Change London (http://sparkthechange.co.uk/)

Lesson 4: Our whole company will work just like Spotify!

I recommend listening to any current or ex Spotify employee. Like any other company – Spotify is not homogeneous. Every part of it works a little differently. In one part – the tribal leadership worked great, but in another it didn’t and people organized themselves into other units. Everything was the effect of current business and organizational needs. As you are all well aware, every company has PR, which shows that they only have flowers, buzzing bees and fluffy bunnies. But the reality is closer to Opuntia ficus-indica, hornets and Monty Python’s white bunnies.

Lesson 5: We won’t go back to what we used to have.

Are you focused on culture? No?

Then I will bet my kidney, liver and left lung that you will go back. I’ll throw in an extra leg.

Peter Drucker used to say: “Organizational culture eats strategy for breakfast”. And while swallowing the so-called “Spotify Model” it won’t even notice there was something floating in its coffee.

This is the problem of all transplants, just like SAFe, that also came from a solution for one company. Without changing the organizational culture there are no chances for a real change. Old culture will prevail with all-embracing politics, bending the truth (yes, it’s amber! – but we know everything is on fire), creating KPIs for the sake of creating KPIs and lacking the basic courage to really change because “I can lose my position”.

Of course it is. Danny Miller and John Hartwick nicely summed up how to spot one: https://hbr.org/2002/10/spotting-management-fads.

There were many of them in the history of management. Do you recall Six Sigma, Business Process Reengineering, Matrix Organizations or Behavioral Interviewing? In Spotify’s case they keep trying to deny it themselves. But there are self-taught Spotify Gurus (that have never seen Spotify or have never understood what Spotify itself is saying). They say: “It’s so easy to implement!”, “It solves all our problems!”

Yeah. Let’s pop obesity drugs. Because my organization is big-boned.

It’s just like a couple making a child to save their relationship. Yes, let’s add a heap of problems when we can’t even figure out who should do the dishes. It’s the same in organizations – we’re unable to produce an increment in less than 6 months? Let’s introduce a method requiring an increment every day! Abracadabra – all fixed.

Unfortunately it won’t be fixed. Chaos will be much greater, people will get lost, projects or products will be late and maybe will never go back to previous development speed. We have seen it – not once.

The drive to introducing few or even several changes at once is caused by a very human need – the need for safety. When we have a problem or someone asks us to do something we cannot do, fear can paralyze us to an extent we cannot admit it. And then we keep introducing many changes at once, only to show how proactive we are. This makes us feel safer.

This is bad for your organization in every single way. So many changes at once greatly lower productivity – especially in the beginning. And in many cases I never goes back to the previous level. Why is it? Too many changes create chaos. For order to come out of chaos, time is required. And the bigger chaos – the longer time. And just when we have started to find our place in the new reality – boom! – new change is just started and we’re starting all over.

Introducing so many changes also makes us fail to see the really good one. It might happen that introducing those 4 new positions will greatly increase productivity and satisfaction. But along with other 7 changes that bring us down, this great idea goes to trash along with others. Are you sure this is the right path?

Not a single word. Only all of their talks feature Spotify Engineering Culture. That so-called model is an effect of engineering work needs and tech-to-business organization. Every single one talks about technical excellence and craftsmanship. Great engineers are the basis of Spotify’s culture.

So if your lead time brushes 2 years and your developers never heard of clean code, no model of organization will make them create good quality software. In agile approaches this will only be more visible and painful.

No, Spotify is not a “model”. That’s why I’m always keeping it in quotation marks and call it so-called “model”. It’s a snapshot of engineering culture. Nothing more. Potential source of inspiration,but also a marketing tool to bring best specialists to Spotify. As a snapshot it cannot be transplanted.

Don’t introduce the so-called “Spotify Model”. Be inspired by it, admire the beauty of their culture – they are an excellent agility example. Introduce their values in your organizations, talk about it.