Sprint events are not waste (unless done wrong!) 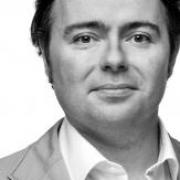 I have read in several Lean and DevOps sources that the Sprint events imply a kind of waste, so teams are supposed to move to a Continuous Delivery or Kanban lifecycle as they become mature. This post is to discuss that is simply not true, regardless what lifecyle each team chooses as their favourite one.

As you can read in the Scrum Guide and in many posts the Scrum.org blog, Scrum is based on the empirical process control theory, or empiricism. Complex problems are better solved by self-managing and self-sufficient teams in short feedback loop iterations, where those teams can inspect and adapt whatever needed as they discover information about the problem being solved.

Events should not be judged just by estimating their efficiency in terms of how many team member's time they take. Their outcome is much more than that.

Sprints and their events are not just "meetings to plan and track work", but opportunities to share points of view, to remove erroneuous assumptions (and hence wasteful work later) and to come up with the best possible decissions (because they are rooted in the collective intelligence and not the individual's capacity).

The House of Scrum by Gunther Verheyen.

Beside the decission optimization, Sprint events also contribute to the growth of the team by the co-learning and with the development of a true team conciousness and sound relationships among its members. The Aristotle Project by Google showed that a team where the decission-taking and communication is balanced works better than other more talented but less participative.

Waste according to Lean

In Lean thinking, waste means uneeded work which adds not value to the product. Tom and Mary Poppendieck identified these seven sources of waste in their book Implementing Lean Software Development.

Let's use these sources as a definition of waste and find out how could the Sprint events become wasteful.

Why could events produce waste?

If a team does not understand correctly the Scrum or fails to take advantage of the continuous improvement provided by retrospectives, events could become sources of waste. Some examples according to Poppendieck's sources of waste, underlining possible flawed events, are:

Agile it's not all about speed but value

The goal of this post was not to compare in detail neither Scrum and Lean nor Scrum and Kanban. It was not also to say which is better. This goal aims to remove the mistaken idea that Sprint events are wasteful and getting rid of them increases team productivity.