The Trojan Retrospective - From Crickets To Conversations 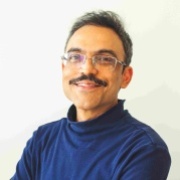 This blog is part of my series on “Agile Trojan Horses – Covert Appetizers for Agile Discovery”. This series helps spark conversations that restore focus on Agile Fundamentals, whet the appetite to discover more about Agile and help apply Agile in day-to-day decision-making.

I am writing this blog as the year comes to a close. It is a time of reflection for many of us. And a time to learn and adapt from the past so we can sow and reap a rich harvest in the future.

One of the elements that I love about Agile and Scrum is the focus on humility, reflection and continuous inspection and adaptation. One of my favorite Agile Principles is #12…

the team reflects on how to become more effective,

then tunes and adjusts its behavior accordingly.”

One of my favorite Scrum events is the Retrospective. As the Scrum Guide says…

…The purpose of the Sprint Retrospective is to:

Some common impediments prevent teams from applying the Agile principle of regular reflection and from having effective Scrum Retrospectives.


Besides creating safety, one of the most important elements needed for a team to have meaningful inspection and adaptation is an ice-breaker. For many team members new to Agile, the act of reflecting on the team in a safe setting, is awkward and unfamiliar.

I add a couple of additional questions…


In most cases, with a few nudges here or there, the team starts opening up and we have a meaningful conversation. However if the team is still not talking, you could try this approach…

In this approach, we put up a bunch of assertions in front of the team and ask them to share their responses to the statement. These approaches fall into five major categories that also help raise the team’s awareness of key elements relevant to Agility… For each assertion, ask the team to respond by choosing one of four categories…

If the team is co-located, you could create a grid on flip charts and the team could put up colored post-it’s against each column in the appropriate column.

Encourage each team member to also jot down why they chose a particular post-it, maybe with an example, if they can. If not, it is completely OK, they can just put up a blank post-it.

If the team has specific ideas on how they might adapt the next sprint to be more effective, they can jot them down on a post-it and put it up in the last column.

If the team is distributed, you could send them an online survey and have them respond either before the Retrospective event or during the initial portion of the event.

Either way, once the team has finished responding, you can sum-up the responses in a table like this…

You might try jotting down your responses as you read this blog as well, before you take this idea to the team. Now that we have set the stage, let’s start reviewing the assertions…

We begin with a section adapted from the Agile Manifesto. Reflect on how aware your team is about the Manifesto and how effective you all feel you were in applying it to your work. Time-box this section, and review feedback as a group.

The next section encourages reflection on the Agile Principles. Ask the team to consider each principle and share their thoughts on how effectively you all applied them. Discuss as a group.

Let’s start reflecting on one of the Frameworks under the Agile Umbrella – Scrum. At a high level, the Scrum framework has three core objectives. As a team, reflect on whether the processes you used helped accomplish these objectives.

Scrum is not just about rituals or “what” we do as a team. The heart of scrum are the core Scrum Values that define “how” we work together as a team. Pull up the Five Scrum Values and allow the team to share their thoughts on the team culture and how close it was to being true to the Scrum Values. Discuss as a group.

As described in the Scrum Guide, Scrum is based on the three pillars of Empirical Process Control. Ask the team to share their thoughts on how effectively the team applied empiricism in their work. Discuss as a group.

The Scrum Guide clearly lays out the accountability for each role in the framework. Ask the team to reflect on how effectively each role or group delivered their accountability. Discuss as a group…

The Scrum Guide clearly lays out the purpose and desired outcomes for each of the five events in the framework. Ask the team to reflect on how effective they thought each event was. Discuss as a group…

The Scrum Guide clearly lays out the purpose of each of the three artifacts. Ask the team to reflect on how closely each artifact accomplished the purpose defined in the Guide. Discuss as a group…

Mary & Tom Poppendiek have done some amazing work how the lean principles from manufacturing offer a better approach to software development. These Principles are available on their website –http://www.poppendieck.com/ and I have taken the liberty to adapt them for our approach.

Reflect as a team on how effective you were in applying the lean mindset and discuss as a group.

By now, hopefully, the silence and crickets at the beginning of the retrospective have been replaced by meaningful conversations about how the team can inspect and adapt its work.

Hopefully, these conversations have dispelled some common myths about what Agile is and is not and acted as an appetizer for the team to explore some more about Agile Software Delivery.

Before you end the session, ask the team to pair up and pick up at least one action item to make a thin slice or process improvement in the next Sprint. Without adaptation, the Transparency and Inspection of a Retrospective are meaningless. If there are too many options to choose from, use dot-voting to help rank the options and pick the ones that fit the capacity constraints of the team.

Try out this approach even if you begin with baby steps by reflecting as an individual. If you like, you can use this excel as a starting point. Excel Template – The Trojan Retrospective – 2015-02-04 v2.1

Either way, please share your thoughts and let's continue the conversation at Smoothapps.com!

Keep calm, and Scrum On!