Turn Your Feedback Loop into an Echo Chamber 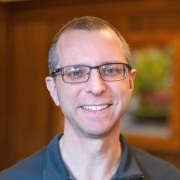 In my last post, I gave you some tips to increase and improve the feedback your stakeholders give you in your Sprint Reviews.

This time, I want to address those of you who don't really want the feedback. I mean, as important as feedback is, and as many times as you've heard that the central point of a Sprint Review is feedback…you're tired of it. It's pesky. And it just gets in the way of you doing what you know is right anyway.

If you're trying to turn your feedback loop into an echo chamber, try these tips on for size. They're great ways to throw the stop sign up for your stakeholders without actually telling them to zip it.

See above - you know the right thing to do anyway. So, why let them answer? Ask the question, then answer it for them. Or just move on. Either way, they'll eventually understand that you're just asking the question to be polite.

Nothing is more annoying than hearing a stakeholder tell you something you already know. So, stop them. Mid-sentence, preferably. It's unlikely they'll end up saying something you hadn't thought of anyway. Bonus points if you suggest that they were silly to bring the topic up in the first place.

If you shut someone down publicly, everyone will get the message: shut up and don't give feedback. Finally.

Use words like "bad idea," "illogical," and "not well thought-out." This will shut things down quickly. People don't want to be wrong and public humiliation has a great dampening effect.

If they don't know you'll be asking for feedback, you can surprise them and catch them flat-footed. Internal thinkers won't have the time to process and analyze, and external thinkers are likely to say something half-baked that you can call "bad" (see previous tip).

No warnings. It's better that way.

Don't Ask Questions About Their Feedback

If you show interest by asking a follow-up question, it will just encourage them and make them think you're actually interested. Avoid this.

The only exception is for questions like, "Now, where did you get an idea like that?" or "Have you been drinking already today?"

If your stakeholders manage to run the gauntlet through all of your defenses and give you some feedback that sounds reasonable to everyone else, you may be forced to play along. However, don't take it any further. If you follow up on the feedback, you're sending the message that it was helpful and that you value the person who gave it. Imagine what that could lead to!

If you follow these tips, you'll finally have the silence you desire so you can be alone with your superior thoughts.

P.S. - Under no circumstances should you ever thank someone for their feedback. <shudder> I hope that one's obvious.

P.S.S: Hopefully, you’ve caught on to the sarcastic nature of these tips. Now, go do the opposite and encourage great feedback!