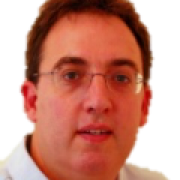 It’s been so exciting to hear so much positive feedback and interest in the new Scrum.org Kanban Guide for Scrum Teams and the accompanying Professional Scrum with Kanban class. Creating the class and guide together with Daniel (Vacanti) & Steve (Porter) and then working on getting it to market in a professional way (how else? ) with the Scrum.org staff has been a great experience and a major focus area for me in the last couple of months.

As you might imagine, together with the interest come some questions about some choices we made in the design of the guide and the class. Several are emerging as the frequently asked ones. I wanted to tackle a couple of those in this post.

Where are some of the core Kanban practices?

The major one we’re getting comes from people who are experienced Kanban practitioners who notice that how we describe Kanban in the Kanban Guide for Scrum Teams is different than the definition they’re familiar with. (Including my Kanban Primer for Scrum Teams blog post for example…) This isn’t an oversight. It’s by design. When we set out to create the Kanban Guide for Scrum Teams/approach we had a specific context in mind. That context is teams using Scrum according to the Scrum guide, ideally professionally.

In the Kanban Guide for Scrum Teams, we focus on helping in this context. These teams already have a collaborative inspect and adapt experimentation process together with a set of explicit feedback loops they’re using. So, we set out to define the minimal simplest set of Kanban practices that these Scrum teams would need to add in order to achieve steadier, healthier, more sustainable flow (I like to say it is like moving from a sprint that looks like a swamp to one that looks like a river).

After some discussion we decided that these practices actually complement what a professional Scrum team is already doing :

·    Visualization of the workflow

·    Inspecting and adapting their definition of "Workflow"

While we agree with the importance of “Improve Collaboratively (Using models and the scientific method” and “Implement feedback loops” we think they are redundant in a professional Scrum context.

Where are some advanced Kanban concepts like Classes of Service, Cost of Delay, Flow Efficiency?

They’re not part of the guide because we don’t consider them part of the “Minimally viable set of practices” a Scrum team should focus on when trying to improve their flow. Having said that, our guide and especially the PSK class provides people with some pointers towards advanced complementary Kanban/flow practices/metrics that at least some can use to continue their learning and improvement journey.

Beyond that - Some of them might be useful in some Scrum contexts, some less so.

Is this an application of the Kanban Method or not?

In my personal view, it is pretty close, as long as you assume professional scrum is your starting point. (see a blog post I wrote back in 2012 about this context). You are starting with the way the team uses Scrum and with respecting their current Scrum process & roles. You are obviously interested in pursuing an incremental evolutionary change to improve your performance and satisfaction with your process beyond what you’re currently achieving with Scrum. There is that argument that limiting your work in process is far from being an evolutionary change but rather a disruptive revolution. My personal take on it is that yes, limiting your work in process and moving to a disciplined pull mode is far from being easy, but it’s still evolutionary compared to changing team structures, roles, process flows. And in any case, this is an argument about the Kanban Method outside of a Scrum context as well. A professional Scrum team should actually have an easier time limiting WIP than most.

Depends who you ask. Some people’s definition of ScrumBan is “A way to help teams transition from Scrum to Kanban”. This isn’t what we’re talking about here.

Another definition (that I subscribe to) is to see ScrumBan as a way to introduce Lean/Kanban flow into a Scrum context – while keeping the core Scrum process intact. This is pretty similar to our take on the process Scrum teams will typically take to get to an effective combination of Scrum and Kanban.

Finally, a variant on this definition is to see ScrumBan as simply the Scrum+Kanban combination itself, without worrying about your starting point and journey. This, in my view, is indeed what the Kanban Guide for Scrum Teams describes.

Why/When should you add Kanban to Scrum?

The last question I want to tackle is one of the first you might want to think about. Essentially the question is “Why bother? Isn’t Scrum great as is?”

When a Scrum team wants my opinion on whether adding Kanban would be a good idea I typically ask them to think about how hard it is for them to Sprint and whether they feel like they have good flow during the Sprint. (And like I mentioned above - do they feel like their process is a swamp or a river). It’s as simple as that. I find most Scrum teams struggle to achieve good sustainable healthy flow and Kanban tends to help them with that.

When is Kanban with Scrum a bad idea?

Some Professional Scrum Trainers asked “When would it be a bad idea to introduce Kanban to your Scrum? What are some indicators that you should stop using Kanban as part of your Scrum?” I can’t think of any team where I thought they should stop using Kanban. If they understand Kanban and do it well, there’s really little that can go wrong. The problems start when they don’t understand Kanban or use it as an escape from the challenges of Scrum. Yes, Kanban can help you make your Scrum more sustainable and healthy, but please don’t add Kanban if you’re looking for an escape from the difficulties. Kanban done well adds discipline to your Scrum. Another bad time to introduce Kanban is when the team isn’t looking to improve. If things are working well or more importantly if the team perceives things as working well, they won’t have the energy needed to successfully add Kanban to their process. So make sure you agree on pains/motivations before you move forward to implementing something like Kanban.

Kanban - A way back to Scrum!

To finish with scenarios where introducing Kanban IS a great idea – It pains me every time I see a team/company using Scrum as a new variant of “project management command and control” focusing more on tasks, story points, velocity and burndown than on empiricism leveraging Done Increments of potentially releasable product.

What I’ve noticed is that introducing Kanban ideas helps these teams/companies finally understand what Scrum really is about and shed a lot of the unnecessary and even harmful baggage and instead refocus on the transparency, inspection, and adaptation brought to life by the core Scrum events, roles, and artifacts. Pretty amazing isn’t it?

Interested to learn more about how Kanban and Scrum make each other better together? Join a public Professional Scrum with Kanban class or request a private training for your team.