Using Scrum in the Music Industry 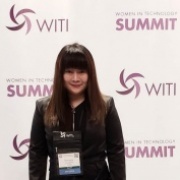 I live many lives – in one of them, I am happily residing in the world of software development where I am also a Professional Scrum Trainer. In another, lesser known one – I am Band Manager (and former band member/musician myself) to a highly-regarded and awarded independent/underground musical act.

I found two of those lives intersecting when the musical artists whose band I manage and I decided to use Scrum to work on their second album.  There was a period wherein not much was getting done in terms of songs getting completely recorded, so I suggested putting a framework against our work that was lightweight enough for musicians not to feel suffocated by it, but with enough structure to help ensure we were actually getting things done – Scrum seemed like a natural fit.

Scrum and the Recording Process

The ultimate goal was to get the second album shipped.  We worked with our publicist at the time to identify a release date: this was aligned with making sure the second album would be eligible for some initiatives for independent artists that we were eager to participate in.

Similar to how a software delivery team works together with the business – the market will sometimes dictate a certain date that needs to be met. We worked with our Product Owner (the band’s Producer) on ordering our Product Backlog (the track list) based on that. I acted as the Scrum Master, and the band members made up the Development Team.

Our Definition of Done: vocals recorded for the music, and mixing and mastering finalized. The band’s process was different in that the music was recorded ahead as instrumentals, and the vocals were recorded after and went through the mixing and engineering process later.  Each track had to be “shippable” / done – good enough to be released to the general public for consumption and not a dirty or undone mix. The collection of tracks made up the Increment per Sprint.

We had two-week Sprints. We set our Sprint Goal, identified the tracks that would meet said Sprint Goal and crafted our plan - this was our Sprint Planning with the output of a Sprint Backlog; had Daily Scrums where the band inspected progress against the Sprint Goal and adapted the day’s plan based on that; and had a Sprint Review for our stakeholders at the end of the Sprint wherein the tracks would go through listening for feedback. Right after, we would have the Sprint Retrospective and talk about what worked and what didn’t work, and what we could do better for the subsequent Sprint.  A total of 6 Sprints were completed over a three-month period which saw the release of the second album.

Interestingly, we had to deal with the challenges distributed teams typically face when doing software development, since most of the tracks were worked on from different locations: time zone difference (1 band member based in North America, 2 in Asia) was a big one. We had to leverage collaboration tools to get through them – vocals would get recorded in Asia and sent electronically to the US for mixing and mastering.

The second album was released on July 28, 2017 and the band’s producer received the Independent Music Award for Best Music Producer. The album was also nominated for Best Album of its genre, and one of its lead singles was nominated for Best Song, among other accolades.  Publications like Huffington Post and Scene Point Blank wrote glowing reviews of the band’s sophomore effort, and the band’s music received airplay in the US and Asia.  The band was also Featured Artist of the Chicago Music Guide for January 2018.