The Nexus Framework is the simplest, most effective approach to applying Scrum at scale across multiple teams, sites, and time zones. Created by Scrum.org – the pioneering Scrum training and certification organization founded by Scrum co-creator Ken Schwaber – Nexus draws on decades of experience to address the unique challenges teams face in coming together, sharing work, and managing and minimizing dependencies.

In November of 2020, a new release of the Scrum Guide was released. This, in turn, led to a new release of the Nexus Guide in January 2021. At the same time, the Nexus Guide was simplified and specific references to software development were made more general, following the lead of the 2020 Scrum Guide. The following changes to The Nexus Framework for Scaling Scrum are the result.

p. 8 Figure 2-1 is replaced with the following:

In Table 2-1, the artifact Product Goal is added.

In Table 2-1, the heading Roles is changed to Accountabilities

In Table 2-1, the event Refinement is changed to Cross-Team Refinement. 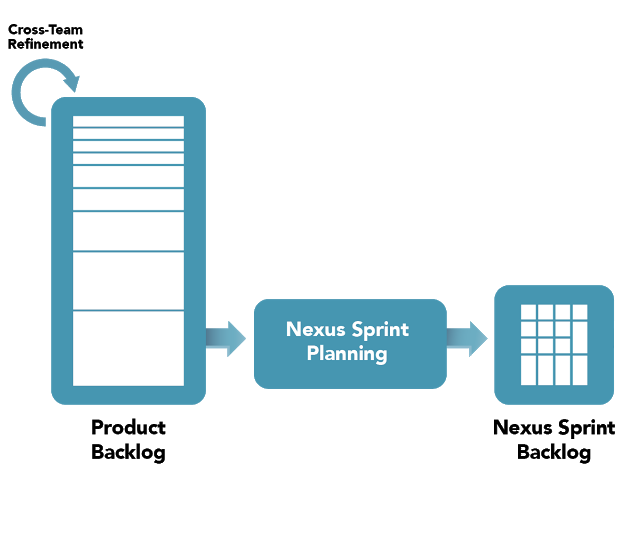 p. 16-17 Nexus no longer prescribes how to run the Nexus Sprint Retrospective, nor does it prescribe which questions to ask to facilitate discussions.The practices mentioned here are now considered optional practices. 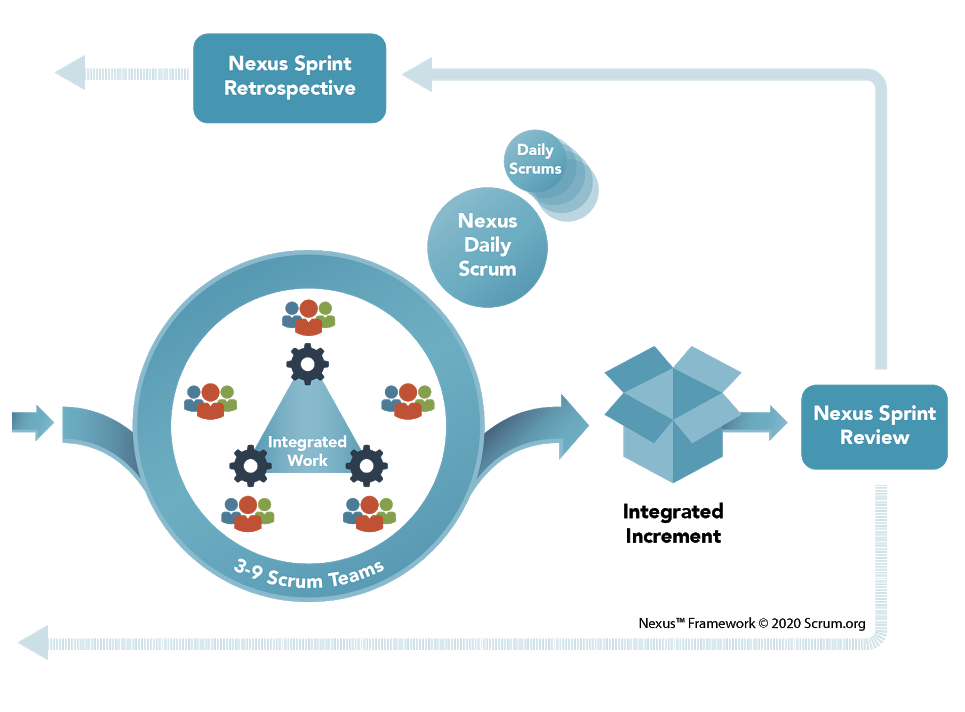 p. 68-69 Nexus no longer prescribes specific practices for the Nexus Sprint Retrospective. The practices described here should be regarded as optional, complementary practices.