What is a Sprint Retrospective?

Learn About the Sprint Retrospective Event 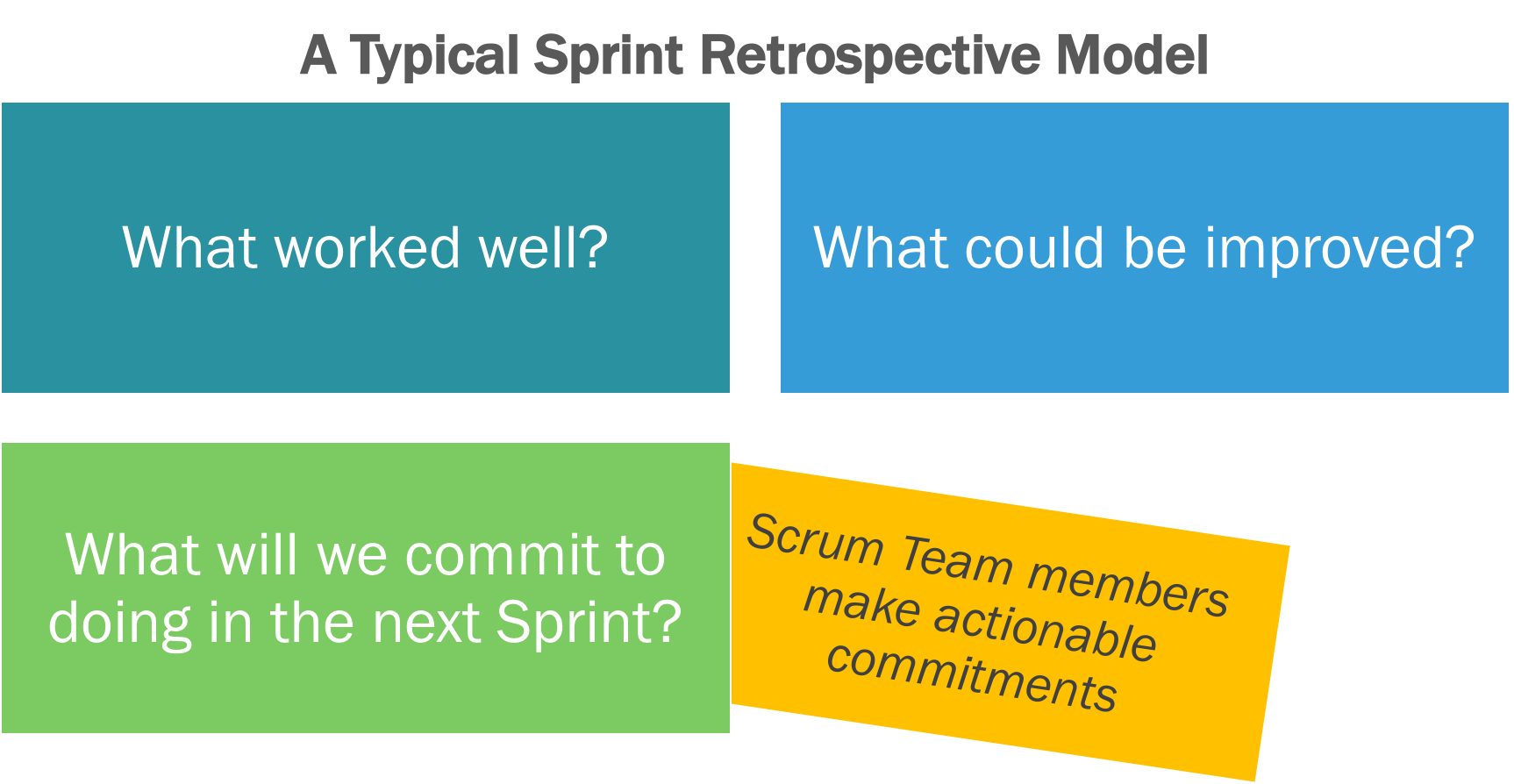 As described in the Scrum Guide, the purpose of the Sprint Retrospective is to plan ways to increase quality and effectiveness.

The Scrum Team inspects how the last Sprint went with regards to individuals, interactions, processes, tools, and their Definition of Done. Inspected elements often vary with the domain of work. Assumptions that led them astray are identified and their origins explored. The Scrum Team discusses what went well during the Sprint, what problems it encountered, and how those problems were (or were not) solved.

The Scrum Team identifies the most helpful changes to improve its effectiveness. The most impactful improvements are addressed as soon as possible. They may even be added to the Sprint Backlog for the next Sprint.

The Sprint Retrospective concludes the Sprint. It is timeboxed to a maximum of three hours for a one-month Sprint. For shorter Sprints, the event is usually shorter.

During the Sprint Retrospective, the team discusses:

The Scrum Master encourages the rest of the Scrum Team to improve its process and practices to make it more effective and enjoyable for the next Sprint. During each Sprint Retrospective, the Scrum Team plans ways to increase product quality by improving work processes or adapting the definition of “Done” if appropriate and not in conflict with product or organizational standards.