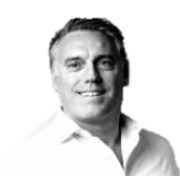 I am an experienced business leader who has been involved in agile since 2002. I mainly work with leadership, executives and boards who are looking to apply thinking strategically to their businesses.

I have spent over 17 years at the coal face of helping organisations improve how they prioritise, collaborate and deliver customer value using feedback loops and empiricism. This, coupled with the accountability of running various businesses, enables me to be able to deeply understand what organisations need to modernise to thrive in the age of disruption.

I am a founder and partner in Radically – a management consultancy specialising in helping leaders modernise their organisations to achieve radically improved business outcomes.

I am a family man with four children: Jessica, Henry, George and William and live in on a 20-acre organic farm 1 hour north of Auckland, New Zealand.