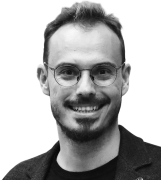 Mehmet is a management and technology consultant/trainer helping organisations to be more agile and productive. For the last 10 years he worked with more than 300 teams and 20 companies including Telecom, Finance, Banking, Insurance, E-Commerce, Logistics, Software Development, Tech Startups etc. Also, he is the author of the Best Seller ''Scrum Bir Dönüşüm Hikayesi'', a transformation tale of an IT organisation. Mehmet is also the founder of AgileTurkey.org, the biggest nonprofit Agile association in its region that supports the market to enhance IT project success. He also actively supports some other non profit communities such as Agile Middle East, Agile Bosnia and Agile Greece. As an enthusiastic entrepreneur, Mehmet has been featured as one of the successful young rising stars in business by Fortune Turkey's 40 Under 40 for the years between 2011 and 2015.

Mehmet has no visible classes.