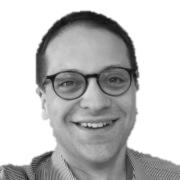 Benjamin Day is a consultant and trainer specializing in software development best practices using Microsoft’s development tools with an emphasis on Team Foundation Server, Scrum, and Windows Azure.  He is a Microsoft Visual Studio ALM MVP, a certified Scrum trainer via Scrum.org, and a speaker at conferences such as TechEd, DevTeach, and VSLive.  When not developing software, Ben’s been known to go running and kayaking in order to balance out his love of cheese, cured meats, and champagne.  He can be contacted via http://www.benday.com.