Is your organization following Scrum or Mini Waterfall within Scrum Framework ?

Nowadays, every enterprise is in the horse race to adopt agile methodology asap after forsaking waterfall. Management in the organization believes that if we just break a long cycle of iteration into small innumerable iterations, agility is achieved. Therefore according to managers with old mindset, to establish agility within an enterprise is very simple & could be achieved just in a fraction of second. I believe those organisations are living in an illusion of agility and in fact are still marching with the old mindset of Waterfall but in small steps, I call it, a Mini Waterfall approach. So for some time, the organization might see an upsurge in Volume production but in long run, would see a drastic step fall.

Waterfall 5) Managers always pose their belief on the team

Waterfall 8) Managers take all the credit when the released Increment is successful but when it fails, managers make the team accountable

Waterfall 12) Managers believe that taking feedback from customers, stakeholders and the team is useless

Waterfall 21) The giant management wall acts as a big barrier between the team and the customer therefore the team fails to know, who the customer is? & what are the customer’s actual problems & requirements ?

Waterfall 22) Managers always focus on “Can we develop a Product” & once the product is developed, they just push it to the market

Without properly understanding customers’ problem or requirement, many Organizations practice Scrum Ceremonies in small Sprints to just deliver maximum features in minimum possible time with an expectation that out of innumerable released (Pushed) features to the market, some features would definitely be used (Pulled) by the end user. Hence the question which hovers over our head is that are these organizations practicing Mini Waterfall within Scrum Framework.

Agile 1) An organization’s primary focus is on Value

Agile 4) In an organization, the answer of “Who makes the decision” goes to the team

Agile 7) Leaders & Managers understand the importance of self-managing & cross-functioning. Hence, the management empowers the team to use their collective intelligence to make their own decision in order to turn ideas into Value

Agile 8) Frequent, informal meetings are organized with the team and the feedback of the team is often taken into consideration

Agile 10) Managers actively collaborate with the team and share the customers’ core problem & requirements in order to discuss “Should we develop the Increment” by keeping the Business Value in mind” & if yes, How? So that the Increment once released be actively pulled by the end user rather than being pushed.

Let’s gel with the concept with an enchanting example, imagine that there are 2 Pizza stalls where the 1st Pizza stall named Mini Waterfall Pizza Stall at Chicago city gets an order of 1000 pizzas from a Chicago Music Concert Company (Stakeholder) for their customers where the team ignores the end users and just takes the feedback of the stakeholders. Finally analyses together & insinuates the taste which customers would like and thus make & offer (push) innumerable pizzas (output) to customers based on customer perception but when most of the customers tasted it; they didn’t like the taste of pizza hence the pile of pizzas becomes a waste (Lean).

While the 2nd Pizza Stall named Agile Pizza Stall at New York City gets an order of 1000 pizzas from a New York fashion event company (Stakeholder) where the team first observes and engages with the customers by asking some open questions like which short of mouth-watering pizza did they have last time & what ingredients made those pizzas amazing. Thus after deeply understanding the customers’ expectation and also considering the stakeholders inputs, they take (pull) order & prepare pizza accordingly in order to offer the hot ordered pizza (outcome) on the customers’ plate which fits the customers’ expectation and meanwhile it also unlocks an opportunity to pull customers’ feedback to make pizza more palatable further.

Hence to keep the customers happy in order to retain customers and attract new set of customers, we need to make tasty pizzas (Value) over a pile of pizzas (Volume). 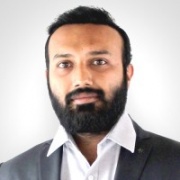