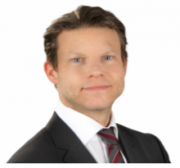 Who is taking control of the Scrum Board/Software (say e.g. JIRA) ? The PO or the Scrum Master ? Talking about the backlog items selected for the sprint, does the developer choose und pull the task himself from the overall backlog into the Sprint Backlog and assigns the task to him/her or does the SM or PO does that ? Who has the overall control of the Planning Tool ? Also, the time necessary or Story Points have to be given by the PO prior to the Spring Goal while grooming his Backlog or is that open to discussion still in the Sprint Planning or only if one or more Developers don`t agree with the value given by the PO ?

Apart from that, what does the Scrum Master do in all the other events ? I did a course, I have my PSMI Certificate but not practical experience and the Scrum Guide does not say anything about what the Scrum Master do in the Scrum events. Generally it is very vague about his tasks. How does "Coaching the team members in self-management and cross-functionality" actually look like in practice ?

If anyone has an idea about a video series, useful books etc. which explain the Scrum Master role in practice and defines the terms of coaching etc. in detail, I would much appreciate. By the way looking at YouTube videos, people are pretty controversial about what they think e.g. a SM does in a Sprint Planning and all say they worked for years as a SM so to actually get a clear picture is very difficult - but with no experience, no job !!

Who is taking control of the Scrum Board/Software (say e.g. JIRA) ? The PO or the Scrum Master ?

In a good self-organizing team, it would be the first team member who recognized that control was being lost.

I'd suggest that the Developers are best positioned, since they ought to be able to manage and monitor their own work. If a PO or Scrum Master is controlling such things, why?

The Scrum Master should almost never "take control" of anything, whether it's a meeting (in the sense of organizing and directing the flow of conversation) or a tool. I've found that there are two main problems with the Scrum Master trying to control or direct things. First, it's harder to observe the people, their interactions among themselves, and how they use the tools. Without this observation, it's harder to help guide the team toward improvements. Second, if the Scrum Master is asked to facilitate the event and the conversations, it's very difficult to do that and try to manage what is happening inside of tools since the focus is split.

Once the team has a Sprint Backlog, how each of the Developers pull in work varies by the team. The Developers are the ones who determine how the chosen work will get done and the level of detail in the planning. A number of factors will help guide the Developers in understanding how much planning to do.

There's no reason why the Developers can't continue with refinement. One of the topics for the Sprint Planning is the determination of what can be Done in the upcoming Sprint. The team may have learned things since the work was originally refined and may choose to refine anything more. In addition, some feedback from the most recent Sprint Review may have changed the order of the Product Backlog, so work unrefined or lesser refined work may be higher in the Product Backlog. The Scrum Guide does say that "the Scrum Team may refine these items during" the Sprint Planning Process, "which increases understanding and confidence". The thing I'd be concerned with is the Product Owner giving estimates (in story points, or any other unit) to the Developers. The best people to estimate are the people doing the work, so the Developers should be estimating the work if the team has chosen to use estimates. Not only does this increase the reliability of the estimate, but it also helps the team understand the work and be more confident in their ability to commit to it.

As far as an overall discussion about what the Scrum Master does in different events, it varies widely. One factor is the background and strengths of the Scrum Master - not all Scrum Masters are equally skilled at all things, so they may use their strengths in different ways to help a team. Another factor is what the team needs - teams at different levels of progression on a path toward agility or using Scrum will need different things. Since it's so highly context-sensitive, any discussion will be either very vague in terms of what things the Scrum Master may do or highly specific about what an individual Scrum Master does for a given team. This probably leads to a lot of the "controversy" that you see - it's not that there's controversy, but that different contexts call for different things.

Also, the time necessary or Story Points have to be given by the PO prior to the Spring Goal while grooming his Backlog or is that open to discussion still in the Sprint Planning or only if one or more Developers don`t agree with the value given by the PO ?

Based on reading the Scrum Guide (in addition to taking a PSM course), is it the Product Owner the one responsible for sizing?

The answers to your questions are a clear and unambiguous "it depends". Scrum is a framework and the answers very much depend on the specific situation in which Scrum is applied - but one thing is sure: there is no "single wringable neck"

See the Scrum Master as a coach, as a midwife, as a teacher, as a Socrates. These people do not "do" the actual work, but help others to do their work better and better.

In coaching, fundamentally, the coach is helping the individual to improve their own performance: in other words, helping them to learn. Good coaches believe that the individual always has the answer to their own problems, but understands that they may need help to find the answer. (https://www.skillsyouneed.com/learn/coaching.html) Teaching passes knowledge from teacher to student. The teacher knows something the student does not. The opposite is true in coaching. The client is the expert and the client has the answers, not the coach. (https://internationalcoachingcommunity.com/what-is-coaching/)

As a midwife, you help to carry out what is probably the most important task in the world. Even if the active work is done by another person, your contribution - both practical and emotionally supportive - is essential.

As a teacher your aim is to educate (from Latin "educere" = "ex ducere" which means "bring out") other people. The Latin word conveys the image that something comes out and is not "induced" into the person.

The "Socratic method" is the approach of helping others come to knowledge through purposeful questioning (as Chris Belknap does in this thread). Socrates (or Plato) calls this midwifery (maieutics) because it is employed to bring out definitions implicit in the interlocutors' beliefs, or to help them further their understanding (from: Wikipedia).

Literature that could support you to let the Scrum philosophy emerge in you:

Note the wording in the Scrum Guide: ... to foster an environment ... helping everyone understand Scrum ... enabling the Scrum Team ... serve ... Think about what you feel and believe these words stand for.

It might be worthwhile for you to think and read about Scrum Values, the pillars of Scrum, the Scrum Team, self-organising teams.

The questions you are asking show that you don't understand the concept of self-managed, self-organized teams.  You are asking how and who controls the team.  The Scrum Guide does not go into detail on team formation so you need to learn about self-managing, self-organizing teams on your own.  There is more to fully understanding the Scrum framework than just memorizing the Scrum Guide.

On Sprint Planning.  The Scrum Guide may not say exactly what everyone does but it has a pretty good description of the purpose of the event and how to make it effective.   Notice that it doesn't even discuss assigning Product Backlog Items.  Also pay attention to what it says about each roles participation in the activity and that not a single role/individual has control of anything during the process.

...and the Scrum Guide does not say anything about what the Scrum Master do in the Scrum events.

But that can be done without controlling or "running" anything. It is largely an educational activity where the Scrum Master helps the Scrum Team to understand the benefits and purpose of each Event.

By the way looking at YouTube videos, people are pretty controversial about what they think e.g. a SM does...

Yes, you are correct.  I feel that is because the job title of Scrum Master is defined by each organization to fill a lot of duties that the organization feels is needed.  And since a vast majority of organizations have hierarchical job classes, many of the organizations will build in a structure of command-control.  Remember that the Scrum Guide does not provide job titles or job descriptions.  It provides descriptions of roles.  Roles can be fulfilled by a wide variety of job titles and in some cases multiple job titles could fulfill the roles presented.  We often give advice based upon the Scrum framework described in the Scrum Guide.  But ask anyone of us and we will readily admit that we have had various job titles that were supposedly fulfilling the Scrum Master role which also had a lot of duties not reflected in the Scrum Guide.