Courage is an increasingly important value in delivering products 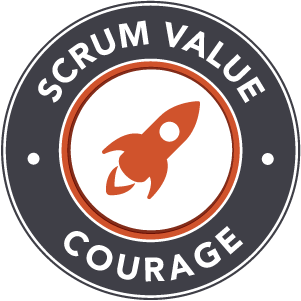 part in the VW multi-year scheme to sell diesel cars with incorrect omission information. The ability of software to ‘dupe’ the standards bodies highlights that we have really turned a page on the importance of software. Yes, software in banking, and other information oriented businesses has always been important, but now it is effecting physical things. Almost every day we hear about how software hacks in pacemakers, watches, cars and even warship navigational systems should be worried about. We live in a software age, but are values front and center in our software professional’s curriculum? Are we reminded of our morale and professional responsibilities every year like doctors or banking professionals? Do we have to sign a Hippocratic oath before we logon to our GITHub account? That would be cool – imagine something like a term of use that says, ‘we promise not to write software that brings harm to my fellow man’. J But, let’s not get ahead of ourselves. I am not arrogant enough to believe that I could tell other developers what is right or wrong. I do know however that great software teams seem to have a certain set of values that make them more effective.

Courage is one of the 5 values which were added to the Scrum Guide last year. It describes how great Scrum Teams exhibit Courage when dealing with their work, each other and the organization they work. Examples of courage range from standing up to ‘the boss’ when incorrect decisions are being made, to admitting that you don’t know everything when working with the team and asking for help. Courage is crucial for Scrum to thrive and fundamental for dealing with complex problems. It is also VERY different from the culture of most organizations where ‘sticking your head up’ and ‘being open and honest’ is perceived to only put a target on your back. Many organizations run to the moto ‘if you don’t say anything the bad decision will disappear’. But, in the case of VW the decision did not disappear and our environment, VW customers, VW shareholders, and VW employees are being effected by those decisions.

Courage however is more than just learning what it means and telling your teams to be courageous. In a recent Case study Richard Gratton VP of Products at Intralinks talks about how effective Scrum requires an organization to build an environment that supports the values. That means that managers and the supporting organization need to understand the values. In fact, everyone in the organization needs to follow a consistent set of values. In the case of Intralinks this meant a change in behavior by leaders at Sprint Reviews. This change by leaders lead to changes in behavior by the team, which in turn lead to other changes in behavior, until everyone was working to create a value based environment.