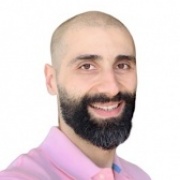 Why are human beings unique, and so what?

We are unique because we can choose to detach ourselves from hardwired biological goals. ¹

For instance, we can (and usually want to) devote time to the things that are not directly contributing to our survival chances, e.g. writing symphonies or playing football. Furthermore, in the case of contraception, we can choose not to propagate our genes, which is an imperative biological goal for each living creature.

We are also the only species that collectively demonstrate more complex behaviours than they individually do. ²

For example, an individual sheep can behave more complex than a flock. If you watch a flock of sheep (at scale), you would realise they are relatively more predictable than individual sheep. They can go left or right, move this way or that way. The same logic applies to an ant and its colony.

However, it doesn't work like this for human beings, and they can generate exponentially more complex outcomes collectively. When a group of people collaborate, they can build The Hubble Space Telescope. Or they can invent the Internet. Some argue that the evolution of language is one of the enabling factors in this situation, which could represent a meta-evidence. ³

Most organisations are not designed for real human beings though

On the other hand, I believe most organisations either haven't fully understood the advantages of using the collective intelligence of human beings or are designed to pretend like it doesn't exist at all.

The negative influence of hierarchy control structures on setting goals, which scientifically is a constraint for gaining competitive advantage in volatile markets ², still perseveres. We like the expression "It's not a math problem" when facing uncertainty, but sometimes it's a math, physics and cybernetics problem ⁴. Trying to regulate a system with one person's (or a limited number of people's) ability to generate a response is physically impossible in a world with constant change.

How to actualise human being potential? Where to start?

You may believe that since a group of policymakers want to protect their political power in the organisation, you will never be allowed to influence the circumstances. Well, sometimes, yes, this might be the case. Nevertheless, you can still cause a positive change more often than not. The story behind Angular JS's birth may be an example of how constructive disobedience might work in this kind of situation. ⁵

I believe it all starts with making sure people closer to work feel they are treated as human beings in a social system, not cogs in a machine, not ants in a colony. Having a direction (I am not talking about tight SMART goals) that aims to close a satisfaction gap in the market can work as a compass. So teams can set their own tactical direction, hypotheses and run experiments accordingly.

As an illustration, Facebook/Meta's $10 billion investment in Meta Reality Labs at the cost of overall operating profit in 2021 is an attempt to fill the satisfaction gap in a new market ⁶. Their success may still depend on whether they will choose a predictive or an adaptive planning/budgeting approach in future product initiatives in this space.

There's more to dig into, and it all comes down to developing a certain skill: Unlearning. Easy to say, difficult to execute.

If you want to explore these topics in-depth and unlearn together to:

Join my next class in April: PAL-EBM (Professional Agile Leadership - Evidence Based Management)