Do you know any coaching patterns? 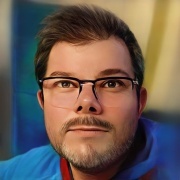 By default, my go to pattern is based on The Socratic Method: I ask a lot of questions and try to stimulate critical thinking. Hopefully these questions help lead my client to an answer that works far better than anything I would have come up with.

Imagine you have a kid who hasn’t showered in a long time. You ask him “wouldn’t it be nice if you smelled better? Don’t you think you have more friends if you weren’t so grungy? Wouldn’t it be wonderful if you didn’t get teased all day for looking so dirty?”  Hopefully this leads your kid to making the decision that a shower is a good idea.  I tried this with my clients once and I kept asking questions. She eventually said, “Chuck, all you ever do is ask questions.  I want you to coach me.”

So I tried a different pattern: The dictatorial pattern. You literally dictate a solution.  Imagine again that you kid still hasn’t showered.  You say, “every day I want to see the towel wet and your hair wet to prove that you’re taking a shower”.  What does your kid do? Wet the towel and his head of course.   That’s eventually what happened at my client’s shop.  The client said, “Chuck you are so bossy. I just want you to coach me”.

Time for another pattern: The mirroring pattern.   Imagine now that your kid is really smelling ripe. You take a shower and then walk around saying, “Ooo I’m so clean.  I smell like a rose.  I look bright and shiny.  It feels so nice to be clean.”   Hopefully your kid gets the idea and thinks “Boy I want some of that cleanliness too”.  I tried this with my client, writing stories and delving out requirements and then trumpeting about how proud I was of them.  After a time the client said “Chuck all you ever do is work. I want you to coach me”.

It was time for another pattern: Swarming.  Imagine you tell all of your kid’s friends to say he’s dirty as a rag, he smells like an old shoe, he should shower more frequently.  Hopefully, after hearing the same message from his friends, he gets the idea that it’s time take a shower.  I tried this with my client telling all of my consulting colleagues “Why don’t you tell her this? Can you tell her that?” Eventually she began to listen to one of the consultants; the UI guy.   I would tell him what works well, he’d tell her, and she would listen. Problem solved! But I lost influence and power. She started to listen to the UI fellow and not to what I had to say even though the UI guy was saying roughly what I had been saying.  I was now only indirectly effective in my role.

Finally I moved on to another pattern: The voice from afar pattern.  We got a fellow from California who looked nice, wore great cologne, wore an expensive suit, and charged twice as much per hour as I did.  My client looked at him and said “Oooo, he’s impressive and expensive so I better listen to him.” and she did.   This was a win-win-win result.  She was happy since she had somebody that was directly helping her. The consulting company was happy because they were charging a higher rate. I was happy because I was able to work myself onto another client.  It’s like your kid being told by Taylor Swift that he should take a shower.  He’ll be in that shower in a jiffy!

The point:  don’t try to influence people just from a gut feel - that’s tough and it takes a lot of trial and error experience.  Each situation has a pattern or approach that is appropriate for what you and your client are trying to achieve. Learn them and how they can be applied.

You can also look into the psychology of influence in:

I hope this approach has given you something to think about. What is your go to pattern? Please add it to the comments at the end of this post.  Meanwhile, I’ll be off trying another pattern.