Going Beyond Three Questions with the Daily Scrum 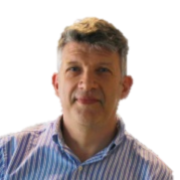 The 2020 version of the Scrum Guide dropped the classic “three questions” of the Daily Scrum. Yet many teams stick with the practice, even when it doesn’t produce the collaboration that is the hallmark of a valuable Daily Scrum. When a Scrum Team I worked with said that their Daily Scrum was lackluster and unproductive, I challenged them to design a better one. The new pattern we created shifted the focus from individual action to team collaboration toward the Sprint Goal.

Start with the Sprint Goal

Developers can select whatever structure and techniques they want, as long as their Daily Scrum focuses on progress toward the Sprint Goal and produces an actionable plan for the next day of work.

The team took note of what the Scrum Guide had to say about the purpose of the Daily Scrum. They decided to begin each meeting by reading the Sprint Goal aloud. Then they asked, “How likely are we to achieve the Sprint Goal?” A “fist of five” vote measured the team’s confidence. If the result showed low confidence, they talked about what was holding them back. That discussion often brought hidden impediments to the surface.

After reviewing the Sprint Goal, Developers examined the Sprint Backlog. For each Product Backlog Item that was in progress, they would ask, “What would it take to finish this PBI? Who can work on those tasks?” They repeated the practice with each item until they ran out of items in progress—or the time box expired. At first, they would run out of time. They realized that they were allowing too high a WIP, and they learned to throttle back. They taught themselves to collaborate on getting PBIs to done, rather than work in silos.

Once they began to control WIP, the team usually had time left after examining PBIs in progress. If it made sense to start something new, they would select something from the Sprint Backlog that hadn't been started yet. They would ask the same questions about what needed to be done and who could do it. But if the team didn’t have capacity, they’d leave the remaining items alone. A large collection of unstarted PBIs often triggered discussion about adjusting the Sprint Backlog’s scope.

When my team changed the way they ran their Daily Scrum, they rediscovered its value. They learned to limit WIP and collaborate to finish work items before starting new ones. Their quality increased, and their throughput rose.

If the traditional “three questions” Daily Scrum doesn’t provide value for your team, try something new. Create a collaborative discussion focused on making each day a valuable step toward the Sprint Goal.