Tips from the trenches: How to Start Up Three new Scrum teams Simultaneously. 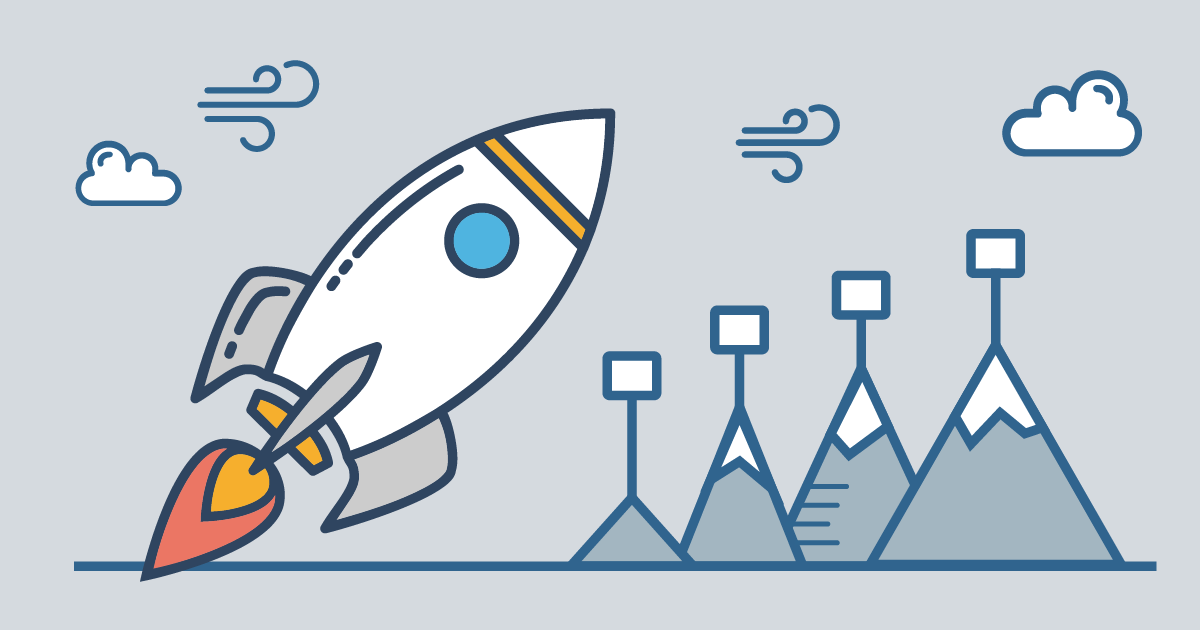 I was hired by a bank to help them to get started with agile and Scrum. The department had assembled business employees to become three teams. Most people who see the value of the Scrum Master role will agree that a seasoned Scrum Master can support up to three experienced teams when sprinting. But is one Scrum Master enough to start up three teams from scratch simultaneously? Yes! In this article you will read a detailed review of how I achieved this.

We organized a four hour kick-off session to introduce the change. This session would inform all future team members as well as members of the works council. We chose for a physical, 1,5 meter covid-proof session with drinks and snacks. We planned this workshop just before the summer break to make sure we could inform (almost) all people impacted by this change. This would also give them some time to think about the initiative and its consequences.

The head of department opened the workshop by explaining his vision and the reasons for starting this initiative. The three Product Owners, one for each team, shared their future plans by presenting their roadmaps and goals. I took the opportunity to present myself as the Agile Coach facilitating the change and explained in a couple of words the essence of working with Scrum. We concluded the workshop with a sailboat-session to collect and discuss the group’s current challenges. This data allowed us to verify if the Scrum initiative actually might solve the problems we were facing.

I prepared a schedule to startup the three teams consecutively (near-simultaneously). Each team followed a one-week startup program with my full-time support, one team after the other. There were three teams which made it easier to work with three-week Sprints during the startup phase. I’d figure out a way to synchronize the teams later. Before the summer break, I asked the PO’s to prepare a vision and mission statement and create an initial Product Backlog.

The agenda for the one-week startup program contained the following activities: 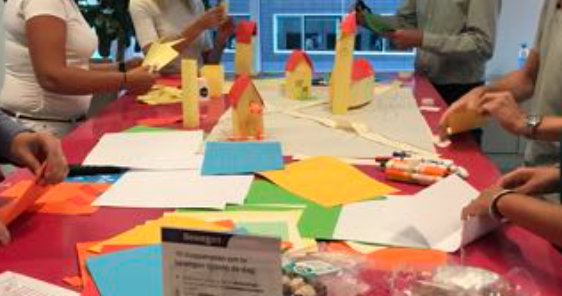 These days consisted of Daily Scrums, Refinement and the team doing the actual work. I was available to help them find answers to their questions as they were working through their first Sprint on a day to day basis. I facilitated, taught or coached them during their first week of Scrumming the work.

We looked back on the first Sprint in the Sprint Retrospective, shared experiences and closed the Sprint with a fun team activity (drinks!). The next day, I supported them with the Sprint Planning of Sprint 2. This is where the support for the full Sprint cycle ended for team 1.

Note that all Scrum events and activities in Sprint 1 were not performed on the scheduled days and times and we did not adhere to their time-boxes. I ensured this was understood by all team members. 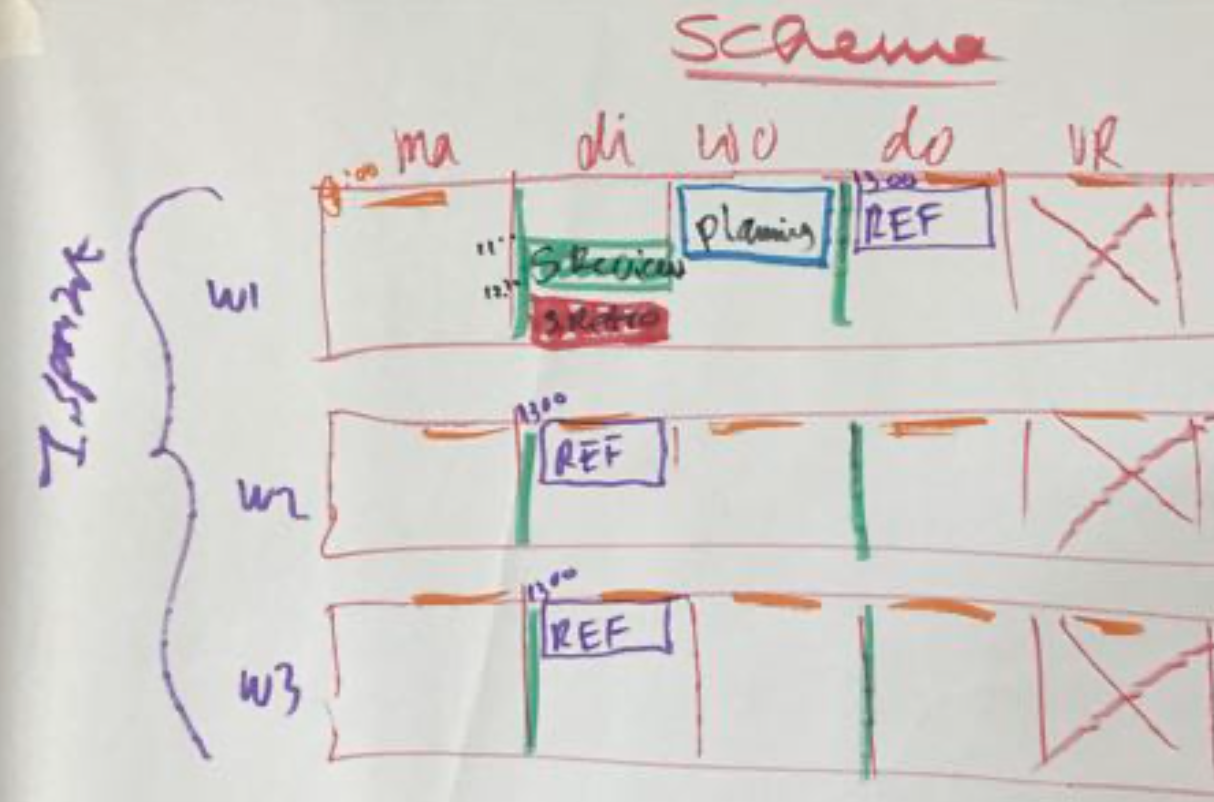 As soon as all teams had their Sprint started, I was free to support the teams that needed facilitation support for their refinements and randomly joined Daily Scrums of various teams. The remainder of my time I worked on removing organizational impediments: Helping to find solutions for the work no longer picked up by the new teams and informing and teaching the new way of working to the stakeholders.

The goal was to synchronize the three teams so that they all got into the same cadence. We wanted the group to have one Sprint Review per Sprint where all teams can collect feedback from the stakeholders. This makes things simpler and more transparent. I made sure that the PO’s understood that shorter Sprints are preferred because this gives us more opportunities for inspection. With a bit of puzzling I found a sweet spot where each team had sufficient time practicing with their three week Sprint and could switch to two-week Sprints. From there on, everybody started with a synchronized two-week Sprint.

Most people embraced the new way of working. However, not everybody was equally happy with the new multidisciplinary teams. Friction was caused due to:

I ensured the team’s previous managers were “helping in the right direction”. If needed I sat with team members to find out what was bothering them and I coached them to set new goals that would solve their impediments and stimulate collaboration.

When starting up new teams, the Scrum Master needs to take special care of to those people who are showing signs of doubt or struggle. Keep your ears and eyes open for signals. In many cases, people who have fears or doubts will not show them directly but share them with by cracking a joke or by silently organizing “their life” around “your“ Scrum.
I tend to be very cautious to intervene. Things simply need time (days, weeks) to settle in. I also want to give the team the opportunity to fix the problems by themselves. Sharing a thought with a team member about things I observe is enough in most cases.

The organization wanted to adopt Scrum in order to become faster and more flexible in delivering products with happier customers and happier employees.

The teams immediately ran into dependencies on other departments for delivering Done. In the first Sprint already, three capabilities were identified as main blockers for 80% of the work. We started a dialogue with these departments to agree on new ways of collaboration trough:

With this, the teams were able to expand their DOD, which according to me is a proof of real organizational change. The vast majority of the people were enthusiastic and delighted with the new way of working: they belonged to a real team working on a clear goal, where colleagues help each other and the team succeeds in delivering valuable results.

One Scrum Master can get three teams started with Scrum near-simultaneously (in six weeks). The degree of success depends on a couple of factors: 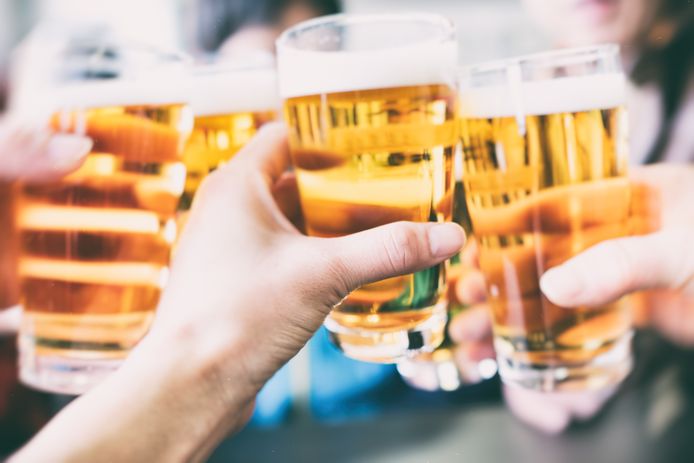