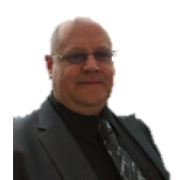 Experienced in management 3.0 and training from the back of the room to empower your people.

Alasdair has been involved in agile transformations for UK Government, Utilities Companies and Financial Services.  All of these Enterprise Organisations have been undergoing transformations to agile ways of working so that they can deliver better for their customers while ensuring there is a return on the investment to the organization.

This includes the wide transformation in the UK government to Digital Services and moving away from traditional routes to provide government services that require large centers of people delivering services in an inefficient manner.  To complete this Alasdair has been involved in the training of many teams that deliver work within digital delivery Centres and the managers who facilitate the relationship between these teams and the lines of business the deliver products for.

Currently our website for training with AdaptDev Ltd is being rebranded to Scrum Evolution to highlight the focus on Scrum and other Agile practices.  The company name remains the same.

See all blogs
Emergence in Scrum
This Vlog looks at the topic of Emergence from its definition as a word and application in the natural environment. Emergence in Scrum is a key principle to delivery.
Mar 2, 2020
3 Amigos – Bytesize Agile
The Bytesize Agile Series is inspired by discussion tangents that arise during training. 3 Amigos the topic of today comes up during discussion regarding refinement of backlog items into a ready state.
Jan 27, 2020
Showcase, Show & Tell or Sprint Review
The topic of my blog today is another one that is common on client’s sites. The use of the terms Showcase, Show & Tell or Sprint Review. In this situation, there is likely to be a broad mix of people fulfilling the Scrum Master roles.
Jan 17, 2020
What Really Causes Technical Debt?
Although I am going to use the term technical debt in this discussion. I am actively forming the opinion that this is the wrong term to be used both in how various assessments assess understanding and by practitioners in the agile community.
Jan 9, 2020
The Scrum Process Explained
Within the Scrum process, there are eleven basic elements that make up the framework. 3 roles, 3 artifacts, and 5 events. Practitioners need to learn to apply and understand the principles behind these in order to obtain the full benefits of the Scrum process.
Jan 3, 2020
Scrum Myth: The Sprint Backlog is a Commitment
A review of the Scrum Guide section in the Sprint Backlog to consider and debunk the myth that the Sprint Backlog is a fixed Commitment by the Development Team.
Mar 5, 2017
Scrum Myth: You can only Release the Product at the end of the Sprint
One of the recurring Scrum Myth discussions I have with colleagues, teams new to Scrum and those attending training when comparing Scrum &amp; DevOps relate to a misinterpretation of the following paragraph from the Scrum Guide. At the end of a Sprint, the new Increment must be “Done,” which means it must be in useable condition and meet the Scrum Team’s definition of “Done.” It must be in useable condition regardless of whether the Product Owner decides to actually release it. Scrum Guide The discussions tend to start from the basis that Scrum prevents a Scrum Team from releasing more regularly than at the end of the Sprint and is therefore slower than DevOps at getting releases into the market and users hands for feedback. I generally suggest they re read the statement and look to see if they can find any part or sentence in it that explicitly says that a Scrum Team may only release at the end of the Sprint. I see this as being the minimum state in the ‘What’ that the Scrum Framework describes the Increment must be in at the end of the Sprint. Like any other minimum if you can get to that point earlier then you should if possible take advantage of the early delivery. When people come either to community discussions or training on more advanced use of Scrum they realise that the same techniques of Continuous Integration, Continuous Delivery, Continuous Deployment are all recommended Complimentary practices in Scrum implementations in order to be successful. A follow up question relates to where the increment should be deployed to by the end of the Sprint. This can be defined in a Scrum Teams Definition of Done taking account of at what point on the particular platform are all tests run that mean the increment is in a potentially usable / releasable state. I personally work with many teams that deploy fully tested and integrated code to live multiple times within a day using Scrum to deliver robust, scalable Enterprise Applications with millions of users per month. So “Using Scrum can you have multiple releases in a Sprint”. Sure you can you just need to think how Scrum enables you to achieve delivery instead of what a process stops you from doing.
Jan 15, 2017

Professional Scrum Product Owner - Advanced
Trainers: Chris Lukassen, Robbin Schuurman
Partner: Xebia
Date: May 5-8, 2020
By using this site you are agreeing to the Privacy Policy and Terms of Service