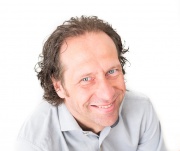 Vision
To create workplaces where people love to work.

Mission
To inspire people to reach their full potential.

Career
When I started my career in 2000 as a software developer, I noticed that many smart and creative individuals got stuck in bureaucracy, slow decision making and extensive long-term planning.
Then in 2004, I discovered Scrum & XP.
Not only did I see creative teams having fun, doing their job, but what was even greater is that customers and end users were happy too!

With a strong focus on people I soon became fulltime Scrum Master, part-time Product Owner (learned a lot from that), team coach and management consultant. By experimenting and failing fast, I lead managers and teams towards successful results.
I discovered that the profession of developing software is extremely complex and requires a lot of creativity.

In 2014 I joined Scrum.org in our mission to improve the Profession of Software Delivery.

In 2016 I became an independent consultant to focus on Leadership Development.