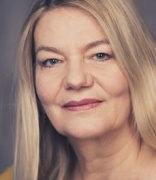 Uta Kapp is pioneering the profession of software engineering for more than 30 years, being engaged as developer, product owner, scrum master, trainer and coach. Implementing Agile Leadership in Organizations is her passion.

These experiences have formed her ideas on growing teams, that are empowered to create successful products. The social aspects are key to successful teams in her perspective and Scrum holds space for this aspect. Detailed know how in state of the art software technologies and in group processes allow her to work with challenging software environments. A funded education in systemic constellation and co-active coaching techniques are the basis to initiate change in organizations.

Uta is engaged in supporting women to unleash their potential in agile leadership.

Uta is engaged in the diversity council of Scrum.org.
She is bilingual, delivering trainings in German and English.